Home Blog “Talk it Out” Campaign Sponsored by the ABC Commission 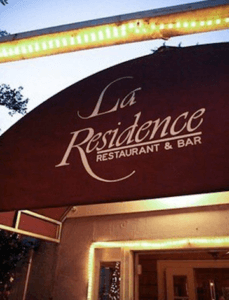 It has been a few months since a 20-year-old former UNC student, Chandler Kania, faced charges of 2nd degree murder after a head-on collision on I-85, but the fight against underage drinking goes on. A statewide campaign, led by the state Alcoholic Beverage Control Commission which is supported by this DWI lawyer, continues to discourage alcohol consumption of people under the legal drinking age of 21. The July 19 incident was just one that gravely illustrates the severe repercussions of drunk driving.

To show that the commission is serious on its call against drunk driving and underage drinking, the ABC staff proposed a stiffer penalty for the West Rosemary Street restaurant, La Residence, the bar that allegedly served alcohol to the underage customers involved in the July 19 incident. According to investigators, Kania and four other underage customers used fake IDs to enter the restaurant’s bars. It was reported that Kania had a blood alcohol level of 0.17 after the wreck.

Kevin Green, Alcoholic Beverage Control (ABC) Commissioner, stated that the former penalty proposed for the bar was not strong enough, given the state’s recent efforts in curbing underage drinking. Furthermore, he said that the state’s “Talk it Out” campaign is “gaining traction, and (the) commission (is) very serious about this underage drinking problem that we have in America today.”

In November, the ABC Commission confirmed that La Rez has agreed to have their ABC permits suspended for 50 days, taking in effect last December 18. They also had the option to pay a penalty of $5,000 to avoid the last 36 days of suspension.

Statistics show that two people in North Carolina die weekly as a result of underage drinking. Unfortunately, not all are aware of the severity of the problem, prompting the state to start the “Talk it Out” campaign last year. Aside from working with community groups and public schools, the ABC Commission is also working more closely with permit holders and alcohol servers in different cities, particularly those with universities.

These are just among the many repercussions caused by underage drinking and drunk driving. Should you be facing such charges, never take them lightly, and seek help from a trusted Raleigh DWI or DUI attorney at a reputable law firm like Kurtz & Blum, PLLC.