Home Blog The Charge of “Driving After Consuming”

The Charge of “Driving After Consuming” 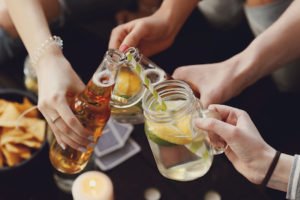 You’ve heard of driving under the influence and driving while impaired – but if you’re under the age of 21 you may find yourself in need of a DWI attorney to handle DACs.

Driving After Consuming (DAC) is a serious offense in North Carolina, separate from Driving While Impaired (DWI). Not long ago, it made the headlines when an 18-year-old boy crashed his vehicle into a power pole in east Charlotte, taking down traffic lights and shutting down the road. The teenager, whose injuries were not life-threatening, was charged with DAC, a misdemeanor applying to persons younger than 21.

As is outlined in North Carolina General Statute 20-138.3:

“It is unlawful for a person less than 21 years old to drive a motor vehicle on a highway or public vehicular area while consuming alcohol or at any time while he has remaining in his body any alcohol or controlled substance previously consumed.”

Because minors are involved in DACs, there are a few other unique points in its provisions. For example, the minimum of .08 blood alcohol content (BAC), which qualifies an adult as legally impaired, simply does not apply. The statute is very strict, having a BAC as little 0.01 is enough for an underage driver to be cited.

A driver cannot be convicted based only on an officer smelling alcohol on his breath. Odor is considered insufficient grounds for proving that alcohol remains in the driver’s body after consumption.

There is one more important element added to the definition of a DAC:

“A person less than 21 years old does not violate this section if he drives with a controlled substance in his body which was lawfully obtained and taken in therapeutically appropriate amounts.”

Instances that meet this provision include drinking wine in a religious ceremony, consuming alcohol as part of medical treatment, or as part of lessons in culinary school, for example.

An individual charged with DAC can spend up to 60 days in jail.

If North Carolina’s underage drunk driving laws are very strict, that’s because the state treats underage drinking – and underage drunk driving – rather seriously. Drivers under 21 account for 14% of fatalities related to drunk driving, and the state aims to improve both these numbers and public safety. As a result, many district attorneys hit offenders hard during prosecution and tend not to negotiate or offer to reduce charges, no matter how young the defendant or forgivable the circumstances.

If you, your child, or a minor you know is charged with DAC, make sure you contact an experienced DWI attorney who can rise to the challenge of the prosecution. With our experience handling similarly serious cases, a DWI attorney with Kurtz & Blum, PLLC can help you obtain the best possible outcome.