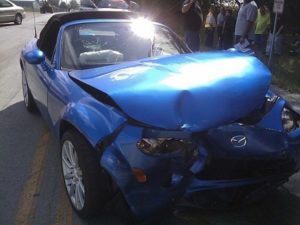 Raleigh, NC residents Charles and Kimberly Matthews never expected their daughter’s wedding in the summer of last year to be followed by tragedy. They were simply enjoying the wedding reception at home with their friends and families. Unfortunately, a few underage guests got drunk during the party, and one of them—Jonathon Gregory Taylor, a friend of their teenaged son—crashed his car, ending his life.

Investigators found that at the time of his death, Jonathan had a blood alcohol level of 0.20, two and a half times North Carolina’s minimum threshold for impairment of 0.08. The parents were charged with aiding and abetting underage consumption and possession of alcohol, while their son, Thomas, who was also 18, was charged with underage purchase of alcohol and giving alcohol to a minor.

Recently, Jonathan Taylor’s parents filed suit against the businesses who provided the teenagers with alcohol, including the store where the teens bought a bottle of liquor, which they consumed before the party; the reception’s caterer which served beer and wine at the event; and the company that supplied the beer and wine at the event. The Matthews have yet to be named in the suit.

What the Consequences of DWI Are

A seasoned DWI lawyer knows that in tragedies like this, the most devastating consequences involve lost lives and debilitating injuries. If the driver survives an alcohol-related accident, he is in danger of being fined or imprisoned and will lose his driving privileges if convicted.

These consequences make it important to prevent underage drinking and driving while intoxicated. It is also worth bearing in mind that with respect to young adults under 21 years of age, even if they are not above the legal limit for DWI they will meet the elements for a charge of driving after consuming under 21 years of age.  Sometimes this is referred to as a baby-DWI.  Folks must know that it is not only the young adult’s responsibility to abide by the law.  It is also the responsibility of adults to closely supervise and educate minors about the perils of DWI, and it is imperative for businesses, to strictly enforce policies surrounding the purchase and consumption of alcohol by minors.

In addition, incidents like this should serve to remind everyone about the dangers of DWI. The importance of having sober, designated drivers in a group, or utilizing services like taxis and Uber, should not be overlooked.

In the event that a minor or an adult is charged with an alcohol-related crime, legal representation should be sought immediately. A DWI attorney at Kurtz & Blum, PLLC can answer all questions about the case and provide legal advice or representation.