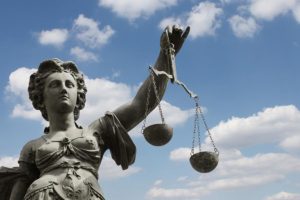 The Wake County court sentenced one-time actress Amanda Hayes for second-degree murder. According to a report from Anne Blythe of NewsObserver.com:

“Amanda Hayes, a 41-year-old one-time actress, had issued an apology to the court about what happened to Laura Jean Ackerson, the 27-year-old Kinston woman killed and dismembered in July 2011.”

The Hayes trial has been the talk of the town in Wake County for quite some time. Her husband, Grant Hayes, was convicted of first-degree murder of the same victim. Grant was sentenced to life in prison without parole, while Amanda was also sentenced to imprisonment but only for 13 to 16 years.

Although Grant Hayes was also convicted of first degree murder, his wife was only charged with second degree murder. Howard Kurtz, a Raleigh criminal lawyer with Kurtz & Blum, PLLC explains why…

Details of the Murder

The roots of the murder could be traced back in 2011 when the victim, Laura Jean Ackerson of Kinston, NC, was fighting for custody of her two children against Grant, her former boyfriend. In July 2011, Grant killed Ackerson and cut up her body with a power saw. The cut-up portions were stored in a cooler and dumped near Oyster Creek, TX.

During the trial it was determined that Amanda had participated in the murder but didn’t perform the actual killing. Amanda earlier argued that her husband was a “classic sociopath” and didn’t know about Ackerson’s death until later. She also argued that she had been tricked by Grant, as she was told that they were just going to deliver furniture to her sister’s house in Oyster Creek.

However, prosecutors had enough evidence to believe that Amanda willingly participated in the murder. Judge Donald Stephens explained in his decision that Amanda could’ve prevented the murder, but she chose to be involved. In criminal law, second-degree murder is also defined as participation in a murder that results in life imprisonment.

After the decision was served, Amanda spoke her final words in the form of an apology, saying that she was sorry and apologized to the court.

This case garnered wide spread media attention including being portrayed on NBC’s Dateline and covered by the others in the media. These cases are complicated and tend to evoke a lot of emotion in the public. We understand the verdict based upon the evidence presented.

We believe in our justice system and believe in the right for anyone accused to be presumed not guilty until it can be proven beyond a reasonable doubt. We believe that is the proper role of any professional Raleigh criminal defense attorney.