A Raleigh Criminal Lawyer on the High Price of School Safety 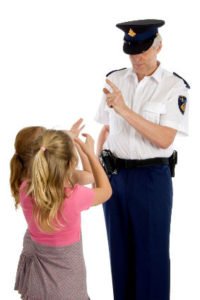 As the Wake County school district places an ever-increasing importance on having school resource officers or SROs (i.e., police officers) in the districts high school and middle schools, advocates are alarmed by what they see in schools where police presence has intensified.

The concern is that criminal charges are being filed against students for minor misconduct that does not require the involvement of the police, the courts, or the services of a criminal lawyer; matters that previously would have been resolved in the principal’s office.

In light of recent national media coverage, the Wake County school district recently moved to redefine how school SROs should perform their jobs. A NewsObserver.com article sheds light on the district’s plans:

“Amid a federal civil-rights complaint and national media coverage about school policing in Wake County, new guidelines will be unveiled this week governing the role of officers assigned to schools.

On Tuesday, school administrators will present a draft of an agreement between the district and the area’s law enforcement agencies that lays out how school resource officers will function in the future. While school leaders were short on specifics, they said the new agreement, a memorandum of understanding, includes some of the changes that civil-rights groups have long requested.

Activists who attended a meeting last week with Superintendent Jim Merrill said they were told the agreement would include greater training for officers, more accountability for officers and greater data collection and reporting of officers’ actions.

The meeting left the activists, who’ve complained that police arrest too many students for minor incidents, feeling cautiously optimistic.”

Whether the new guidelines will be a step forward or a step back remains to be seen. The fact is that nationwide, ever since U.S. schools adopted strict policies and filled schools with police officers or SROs, hundreds of thousands of students have been given criminal citations and even arrested, with a large share being sent to court for relatively minor offenses—including truancy, scuffles, and cursing at teachers. This has pushed more and more students into an institutionalized criminal system, which can create serious problems for young people once they enter the real world.

Most students and parents will feel intimidated to stand up to school authorities, the police, and similarly powerful entities. If the above circumstances seem familiar to you, you need to have an experienced Raleigh criminal attorney on your side.

Law firms like Kurtz & Blum, PLLC can provide students age 16 and above implicated in any criminal case with the advice, support and representation they need. We can be reached at 919-832-7700.