Home Blog The Other Repercussions of a DWI Conviction 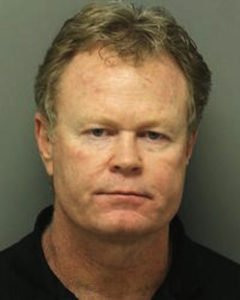 The town manager of Zebulon, NC town is at risk of being dismissed from his post after his second DWI arrest.

Police pulled over Rick Hardin in his 2008 BMW after they caught him driving 55 mph in a 35-mph zone and registering a blood alcohol content of 0.13. Following the charges, town commissioners decided in favor of suspending Hardin with pay. Mayor Robert Matheny will assume the position until an interim city manager can be hired.

Being that Mr. Hardin had been previously been convicted of DWI seven years ago, it stands to reason that they city managers may decide to fire him.  Mayor Matheny declined to comment on the possibility of Hardin’s reinstatement.

You don’t want to be convicted of DWI a second time, especially in North Carolina.

A prior conviction is one of several “grossly aggravating factors” that can play a major role in the sentence for a second offender when it occurs within seven years of the date of the most current offense. Take note that the date of conviction is not necessarily the date of offense.

According to reports, Hardin’s first DWI occurred on February 11, 2007. He was arrested for his second DWI on November 2, 2014. If convicted again he will likely be spared of the harsher punishments. However, there are other factors playing against him—such as his blood alcohol content (BAC) of 0.13, which might qualify as a mitigating factor.

Government officials are just regular people like everyone else, but any misconduct on their part can have far-reaching repercussions. As a leader in community, problems with the law like this often shake the public’s trust and often lead to their resignation or dismissal.

Anyone who has been charged with DWI might face a similar situation with losing their job that might be even more serious than the punishment imposed by the state.

North Carolina has strict DWI laws. An experienced Raleigh DWI lawyer with Kurtz & Blum, PLLC knows how devastating a DWI conviction might be, especially with a second offense.

Fortunately, DWI cases are not always a slam-dunk for the prosecution. Simply being arrested does not amount to a conviction. There are many elements in any case that can be questioned, especially in court. And prior to a case reaching the courtroom, there are often opportunities for a seasoned DWI attorney to negotiate with the district attorney to obtain the best possible outcome.