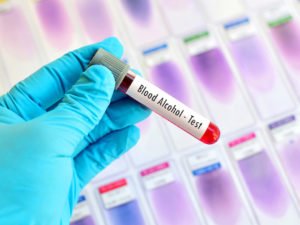 The national standard for determining whether a driver is impaired by alcohol has stood at .08 for over 10 years. Now, the Utah legislature has sent a law outlining a new standard to the governor for his signature. That new standard lowers the threshold of intoxication to .05, which would make state’s law the strictest in the nation. While the impact of the new law is not known, there is some speculation the law will have as many negative outcomes as it does positive ones.

Understanding the Rational Behind the Law is Not Easy for Everyone

Changing the current threshold from .08 to .05 concerns many people in the state’s business community. Restaurant and bar owners, for example, are concerned customers fear that having even one drink will put them at risk of being prosecuted for a DWI offense.

Tourism officials also suggest that implementing the nation’s lowest threshold for DUI and DWI may negatively impact the state’s tourist industry. Of course, the measure could also influence the decisions of corporations considering Utah cities as sites for conventions and other events. However, there simply isn’t any way to accurately project actual figures at this point.

Backers of the legislation, on the other hand, bluntly state the bill’s objective is to protect the state’s drivers and their passengers. In fact, the proposed bill sends the message that drinking and driving is not recommended under any circumstances. Supporters point to other nations where blood alcohol levels of .05 or lower are in place.

While this law would only affect drivers in Utah, virtually every DWI attorney will be monitoring the effects of that state’s efforts to dramatically curb the use of alcohol before driving. I can tell you that the Raleigh DWI lawyers with Kurtz & Blum certainly do not condone driving while intoxicated and believe it is up to individuals to determine if they are impaired before driving. Still, Utah’s proposed law is interesting to follow.

Many people feel the new minimum BAC (blood alcohol content) levels being enacted in Utah are too harsh and are concerned the trend may eventually spread to other states as well.

When, and if, blood alcohol levels are reduced elsewhere in the country will depend largely on the results of Utah’s experiment. If the state demonstrates the law is effective in curbing the number of alcohol-related accidents, injuries, and fatalities, lawmakers around the country may take notice.

North Carolina’s Laws Will Remain at .08 for Now

Kurtz & Blum, PLLC doesn’t condone driving while under the influence of alcohol, but we do understand people may, at times, underestimate the effect alcohol has on their systems and drive when they really shouldn’t. It happens to people every day. Even though a driver had only a couple of drinks and waited before driving, their BAC may still meet or exceed the legal limit. Although North Carolina’s laws are not changing to the .05 standard any time soon, it’s vital to understand how the existing DWI laws are enforced.

If you’ve been charged with a DWI, it’s important you contact a Raleigh DWI attorney to safeguard your rights. At Kurtz & Blum, PLLC, we represent anyone facing repercussions from a DWI or other related offenses.

While we don’t condone drinking and driving, we understand how events can sometimes get out of hand. If you’ve been charged with any type of drinking and driving offense, protect your future. Contact a Kurtz & Blum, PLLC at 919-832-7700 for help as quickly as possible.