Home Blog Violating Your Probation is No Laughing Matter

Violating Your Probation is No Laughing Matter, Says Raleigh Lawyers 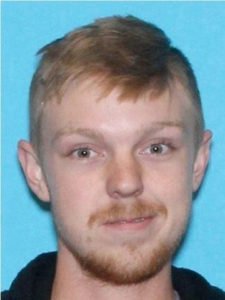 Earlier this year, the so-called “affluenza teen” Ethan Couch faced deportation charges after being caught with his mother in Mexico in December. The 18-year-old Couch was serving a term of probation after being involved in a drunk-driving incident that killed four people in 2013. Couch’s drunk-driving case drew national attention after an expert argued that the teenager had been lulled into a sense of irresponsibility by his wealthy parents.

A decision from a juvenile court judge gave Couch a 10-year probation period, and Couch recently fled with his mother to Mexico after a viral video surfaced with potentially incriminating content. Authorities said that the teenager even tried to disguise himself to avoid being apprehended. After dropping the fight against his extradition, Couch returned to Texas and is now in the Tarrant County Jail’s maximum-security unit.

What Constitutes a Probation Violation?

Generally, probation sentences are handed down as an appropriate punishment for a crime without being incarcerated in a state prison. Couch’s case only shows the severity of violating the terms or conditions of your probation. In his case, Couch was found to have traveled out of state without consent from his probation officer, which is only one of the many ways an individual can commit a probation violation. Lawyers refer to this as “absconding”, an act wherein an individual secretly leaves to avoid prosecution or service.

Consequences of a Probation Violation

In Couch’s case, however, his violation was serious enough to keep him in jail while the final decision on his probation violation case is determined. It is possible for Couch to have his probation revoked and be required to serve the remaining term of their original sentence in prison.

Probation allows individuals to have the chance to continue their life and enjoy their freedom as long as they comply with the agreed terms and conditions. Violating such terms, however, can lead to your loss of freedom. If you or someone you know if facing violations of probation, encourage you to contact an experienced Raleigh lawyer, like those at Kurtz & Blum, PLLC.