Home Blog A Warning Against Drinking and Boating 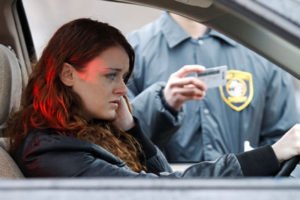 You can expect to see more DWI checkpoints in the Triangle on the upcoming holiday weekends Fourth of July (July 4-6) and Labor Day (Aug. 29-Sept 1).

With so many people enjoying three-day weekends with family and friends it makes sense to see additional law enforcement initiatives to ensure everyone’s safety on the road. But it also includes safety on the state’s rivers and lakes.

This year DWI checkpoints will include locations at Upper Barton Creek at Falls Lake and Farrington Point at Jordan Lake. While the N.C. State Highway Patrol is responsible for state’s highways, it is the Wildlife Resources Commission who maintains the public safety on North Carolina’s waterways.

Along with the Alcohol Law Enforcement division who focuses on underage drinking, these agencies are combining forces once for the fourth year in a row. This will be the fourth year of the annual statewide campaign known as “On the Road, On the Water, Don’t Drink and Drive.”

According to statistics, these holiday weekend task force initiatives seem to have had an impact. The News & Observer’s reports:

To help you become more aware of DWI checkpoints, Seth Blum, a seasoned Raleigh DWI lawyer with Kurtz & Blum, PLLC explains what you can expect.

Often the authorities that man a DWI checkpoint will include members from a variety of agencies.  For instance, this might include Raleigh Police, Wake County Sherriff’s Office and the State Highway Patrol.  Outside the city you might also see other police departments, members from the emergency services, the fire department and even local high school students. Therefore, it’s not unusual to see officers wearing different uniforms at one checkpoint.

The simple truth about these initiatives is that they may not result in a large number of DWI arrests, but always result in a ton of traffic-related charges such as no insurance, expired registration, expired inspection and operating a vehicle without a license.

There is a lot to learn about DWI checkpoints. If you’ve been charged with DWI please call a knowledgeable Raleigh DWI attorney with Kurtz & Blum, PLLC at 919-832-7700.

We may be able to help you out.