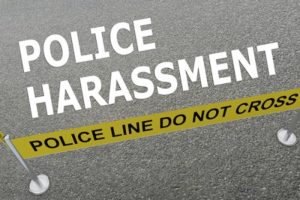 A North Carolina man unwittingly exposed himself as a major grower of opium poppy plants when he confessed to law enforcement officials when they came knocking on his front door.

According to the Washington Post, Catawba County resident Cody Xiong thought the investigator was coming for his heroin-producing plants-as much as $500 million worth.

Exactly what the officer was doing making a house call in such a remote location or why Mr. Xiong was so quick to confess is not clear. But whatever the reason, he suddenly found himself faced with some serious drug offense charges, specifically manufacturing a Schedule II drug, as well as trafficking in opium.

As an experienced Raleigh drug attorney, I’m certainly not advocating you start growing thousands of pounds of opium in your backyard. But I think individuals must always keep in mind that they should not offer any information more than what is asked of them because they are not legally obligated to disclose anything more than necessary.

Most people don’t realize that while law enforcement officials may stop any citizen for a chat, they are free to end the conversation at any point in time unless they are being legally detained.

Police often use a form of intimidation and what we like to call a warrantless “knock and talk” to engage citizens who might provide evidence of a crime.

Understandably, the mere fact that an officer can knock on your door and “invite” you to chat can be nerve-wracking, but just keep in mind that you are well within your rights to keep your answers limited.

These instances of random chats usually are never random-the police are often looking for something more specific, such as a lead from a tip. Catching the interviewers unaware can help them find the information they need, but they will not tell you that you don’t actually have to talk with them.

It’s easy for the police to prey upon the ignorance of the people unfamiliar with the law. At Kurtz & Blum, PLLC, we are strong defenders of your Fourth Amendment rights against unreasonable searches and seizure.

If you have been arrested for any crime after a routine encounter with police, don’t hesitate to call us to speak with highly skilled attorney at 919-832-7700.