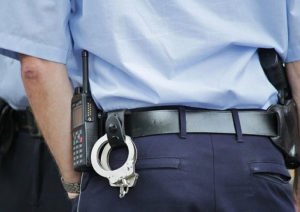 Coming soon to a theater near you… Police Body Cams (cameras on the officer’s uniform).

Two House Bills have been recently introduced related to the use of body cameras by police officers. The bills would fund law enforcement agencies a total of $10 million for the purchase of body cameras, subsidizing $1 for every $5 spent. If passed, the members of the State Highway Patrol and county police will be the first to be required to comply by January 1, 2016.

Especially in light of the recent events in Baltimore, this is welcome news to those of us in pursuit of justice.

However, prior to the bills, a number of municipalities have required their police force to wear body cameras. Last year, Knightdale was among the first.

So far, several issues with the bills still have to be clarified among lawmakers, like when to turn the cameras on and off, or whether or not they constitute as public records. However, many Raleigh law firms like Kurtz & Blum, PLLC believe this would help deter unlawful arrests, as well as, provide evidence (or the lack thereof) for any number of incidents such as to how field sobriety tests are conducted.

Police dash cams were largely introduced in 2000. Their purpose was to introduce a system that could provide an objective perspective when it comes to police pursuits and arrests. The federal government subsidized the purchase and installation of dash cams for state and local police forces under the In-Car Camera Incentive Program.

While dash cams have proven their worth over the years, they still have serious limitations. For one, they only cover the front; if the arrest moves to the dash cam’s blind spot, the footage becomes useless. Body cameras, on the other hand, are mounted on the officer at all times, so the footage goes wherever the officer goes.

Given that the bills aim to nurture relations between law enforcement and the community, it’s only sensible for body cam footage to be accessible, namely to defense lawyers. The footage can debunk any arrest statements and allegation of misconduct, something Sarah Preston of the American Civil Liberties Union-North Carolina chapter calls a “win-win” situation.

Overall, body cameras would make a welcome addition to the pool of evidence a good Raleigh lawyer can gather in his client’s defense. Raw footage, whether it be it DWI, a drug bust or other type of arrest, can mean the difference between acquittal and conviction. Ask your defense lawyer about what this would mean to you should the bills become laws soon.