Home Blog What Is Obstruction of Justice?

What Is Obstruction of Justice? 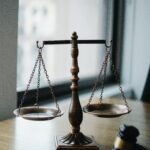 Obstruction of justice involves willfully interfering with law and order. It carries hefty penalties. This is why it’s crucial that you hire an experienced criminal defense lawyer to mount a strong defense against the charges you’re facing.

Obstruction of justice refers to the act of willfully preventing, impeding, or hindering legal or public justice. The prosecution must prove two elements to show someone committed this offense:

Committing common law obstruction of justice typically leads to a class 1 misdemeanor. You could face between one day and 120 days in jail, depending on various factors associated with the case.

Obstruction of justice becomes a felony if one of the following elements are present:

Types of Obstruction of Justice Offenses in North Carolina and Penalties

Some of the most common obstruction of justice offenses include:

If you were arrested or charged with lying to the police, bribery, destroying evidence, or another criminal offense in North Carolina, Kurtz & Blum can help. We have been defending clients just like you since 1998. With more than 50 years of combined legal experience, you can feel confident knowing you have someone in your corner who will fight for your freedom and future.

Our legal team collaborates on cases to seek the best possible outcome for those facing a misdemeanor or felony conviction. When you hire Kurtz & Blum, we will provide the personalized one-on-one attention you need and deserve. Do not hesitate to call or reach out to us through our online form for a confidential consultation.

Seth A. Blum is a graduate of Tufts University and Duke Law School. He also holds a Master’s Degree from the Terry Sanford Institute of Public Policy Studies. Seth is an experienced trial attorney who is licensed and has tried cases in both North Carolina State and Federal Courts. Seth is an Adjunct Professor of Trial Advocacy at the University of North Carolina School of Law. He regularly teaches other lawyers advanced trial techniques.