In Case of a Dog Attack, Consult a Raleigh Personal Injury Lawyer 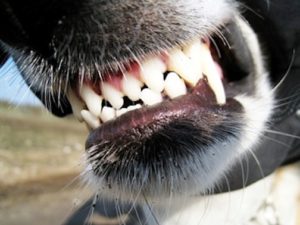 Sadly, dogs aren’t always man’s best friend. This became evident when a 71-year-old woman near Goldsboro in Wayne County was attacked by a pack of dogs belonging to her neighbor. WRAL has more on the story:

“Mildred Game was watering her plants Wednesday morning when the dogs attacked her and her pit bull, which suffered injuries and had to be euthanized. A responding sheriff’s deputy shot one of the attacking dogs, and the other three were impounded.”

To her family’s relief, Game survived the attack despite severe wounds. As of the news article’s publication, she was recovering at Vidant Medical Center in Greenville. Nevertheless, this incident perfectly illustrates the implications of canine attacks, not only in the physical but also in the legal sense.

Incidents like these always raise the question of culpability on the part of the dogs’ owner, and whether the victim could potentially file for damages with the help of a reputable Raleigh personal injury lawyer.

Here’s what you need to know…

North Carolina is a “one free bite” state. The law simply states that the owner is free from liability if his or her dog bites someone for the first time. The idea is that each dog owner is presumed to be unaware that they have a dangerous dog that would require special precautions to prevent injury to others.

While a simple idea in theory, the practical application of the “one free bite” rule is not so simple.

Under North Carolina law, a dog owner may be held liable for an injury inflicted by a dog bite under the general rule of negligence. The “one bite rule” merely limits the application of negligence in certain circumstances.

First, the rule does not apply to dogs (over six months of age) running loose at night.

Second, the rule does not apply to any dog defined as “dangerous” or “potentially dangerous” by the person or Board designated by the county. There are a number of criteria used to determine if this label applies. For example, if a dog has previously killed or severely injured another domestic animal it would be considered “potentially dangerous”.

The rule, though, doesn’t apply to law enforcement dogs, hunting and herding dogs, and dogs protecting their owner’s property from trespassers and other criminals.

Nature of the Case

Complicating the issue further, many states and municipalities have passed laws that limit a dog’s ability to roam at large. Due to the intricacies of the “one free bite” rule, a respectable Raleigh personal injury attorney with Kurtz & Blum, PLLC can answer your questions.

If you or someone you know has been injured by a domestic animal call us at 919-832-7700 to speak with a personal injury lawyer to better understand you legal rights. It is probably best to avoid settling with a dog owner’s insurance company out of court until you have all the facts.