What to Do if You Suspect Foul Play: Seek the Help of a Raleigh Lawyer 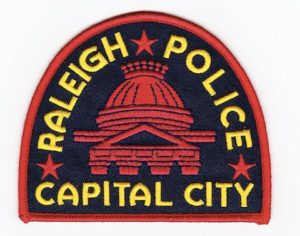 What to Do if You Suspect Foul Play: Seek the Help of a Raleigh Lawyer

Trouble is brewing in Raleigh, NC. Back in September, five local police officers were placed on administrative leave after an unarmed African-American male died in their custody. The man, Carl Devince King, 52, was violently swinging a lamp when officers arrived at 3032 Slippery Elm Drive near Southeast High School. The officers restrained him and called EMS because of his erratic behavior.

When EMS arrived, one of their personnel attended to King and initiated CPR when his condition noticeably changed. The personnel continued to perform CPR until King was pronounced dead. Both the Raleigh Police Department and the State Bureau of Investigation are investigating the death.

With the investigation ongoing, it’s far too early to make any conclusions as to what caused King’s death. In all fairness to the police officers, King was known to have high blood pressure. That said, if foul play was indeed involved, and the police officers had a hand in it, we believe the appropriate action should be pursued.

According to reports, King has had 59 prior arrests, including charges of suicide threats and assaults. Still, his death is an absolute tragedy.

Do you face a similar situation?

Confusion and a feeling of helplessness often accompany the death of a loved one. So what should you if you suspect foul play in the death of somebody close to you? First of all, don’t try to face the situation on your own. Rather, seek the help of a trusted third party with the requisite knowledge of the law, such as an experienced lawyer in Raleigh, NC.

An attorney who has handled cases involving DWI, motor vehicle accidents, personal injury, and criminal charges has a unique understanding of the justice system and its inner workings. Such an attorney is in an ideal position to help you out. Do not delay; be sure to get in touch with a caring lawyer who will help you get the justice you desire and the compensation you deserve.