Why Charges Were Dismissed in Controversial Drug Bust Gone Bad 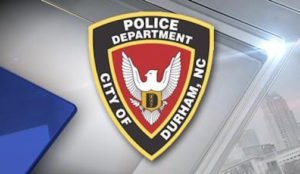 Khadir Cherry was arrested by Durham police on April 4, 2016, and charged with selling marijuana. After Cherry was released on bail, members of the police department’s High Enforcement Abatement Team (HEAT) stopped by the home where he was known to be staying. Although the police did not have a warrant, they suspected that the dwelling could be the scene of other criminal activity.

Soon after being greeted at the door of 3417 Misty Pine Avenue, HEAT member J.M Foster claimed to notice the smell of marijuana coming from within the home. Asserting that this was probable cause to enter the home, the HEAT team members did so, despite owner Vera McGriff protesting that they did not have a warrant, and should not be allowed to enter her home.

Soon after the police entered, McGriff began recording some of the ensuing activity with her smartphone. At the start of the video that was thereafter posted to Facebook, one resident can be seen and heard saying that an officer had struck him with a handgun, with McGriff confirming his claims.

Things escalated from that point, with voices and tension rising up until police tasered, tackled, struck, and otherwise subdued several of the adult occupants of the home, all while two children watched. Police later claimed that two HEAT officers had been assaulted, although this was not observed in McGriff’s footage. The adult occupants of the home were all charged with crimes, including a number of drug-related offenses based on evidence found within the home.

“Knock and Talk” Visits Sometimes Escalate into Much Worse

Since then, all of the charges have been dismissed. As per policy, the results of an expedited internal police review were never made public. What is known for certain, though, is that former HEAT member J.M. Foster is no longer with the Durham Police Department.

So-called “Knock and Talk” visits have become common among police who lack the evidence needed to obtain a warrant to search a home. In some cases, as in this one, police will then claim that circumstances at the scene, like the smell of marijuana, give them probable cause to enter a dwelling regardless, without taking the time to petition a magistrate for a search warrant.

In other circumstances, officers might encourage or pressure the occupants of a home to admit them, despite officers not having a warrant. That can lead to the filing of charges that would otherwise not be supported, simply because of the parties involved being too cooperative, unaware of their rights, or unwilling to stand up for them.

Excessive Cooperation Can Be Dangerous; Evidence Obtained Illegally Can Be Challenged

For the occupants of the home at 3417 Misty Pine Avenue, the viral spread of Vera McGriff’s video online might have contributed to charges being dropped. Even had that not been the case, a Raleigh drug lawyer could have also challenged the means by which the HEAT team members obtained the evidence they collected that night. When police violate the rights of citizens, any evidence they gather as a result could be ruled inadmissible, and that can sometimes be enough to have charges dropped entirely.

While being reasonable and level-headed when dealing with the police is always wise, being overly cooperative can be dangerous. Whether in the course of “Knock and Talk” visits or in other settings, police will sometimes take advantage of such cooperation, and this can lead to criminal charges that otherwise could have been avoided.

Knowing one’s rights and being willing to stand up for them calmly and firmly is the best way of avoiding such unfortunate outcomes from the start. Getting in touch with a Raleigh criminal lawyer right away if things should go downhill can help ensure that every possible means of recovering will be identified and pursued. Even a casual-seeming “Knock and Talk” visit can easily turn into something more.