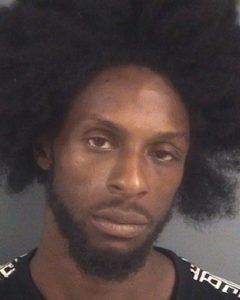 It’s always a bad idea to leave your car running unattended. If you make this mistake, criminals can take advantage of the situation and try stealing your valuable property. Recently, this happened to a resident of Fayetteville, who just left her car running while buying something in a convenience store. Thankfully, the thief was arrested after the woman called her family members, who blocked the criminal’s path with another vehicle.

The criminal, Jermaine Abdul Bean, was also a suspect in several other crimes. According to the news article from WRAL, Bean was charged with “two counts of larceny of a vehicle, possession of a stolen vehicle, hit-and-run and driving with a revoked license” for this incident and another on June 3, plus “felonious breaking and entering, felonious larceny and possession of stolen goods” for an incident on June 10.

When you are suspected of any crime related to burglary, you need a practiced criminal lawyer to determine if the charges you are facing have merit and what their implications can be. Typically, you can be charged with breaking and entering when you enter a building without consent and you intend to steal things from the place. In North Carolina, simple theft is only a misdemeanor, which generally has less significant penalties, but causing bodily injury to someone in the building will have more serious consequences.

Even if were unsuccessful in stealing or committing the crime, you can still be charged with burglary. Burglary also extends to other types of personal property like cars, RVs, and boats.

Any burglary crime will have more severe implications if it can be proven that you committed other offenses with it. For instance, you steal a vehicle or attempt to do so and drive it under the influence of alcohol or drugs. Perhaps, you drive off with a stolen car, hit someone or run into something causing significant damage, and then attempt to flee the scene. The charges could easily include DWI and hit-and-run charges.

When all the evidence are stacked up against you, you might feel defeated, but it will still be worth your time to consult with a criminal defense attorney who will be honest with you about your situation. The attorneys with Kurtz & Blum, PLLC in Raleigh, NC are experienced in representing people suspected of multiple and serious crimes. We can help you protect your rights and potentially minimize the penalties you might be facing.