Home Blog Why Minors Should Never Drink and Drive in NC 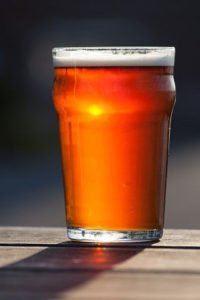 In the U.S., the average age for girls to have their first drink is 13. For boys, it’s 11. The appalling nature of these numbers is compounded by the fact that young people who drink tend to have no control over their alcohol consumption, much less their actions. As such, they become more vulnerable to serious alcohol-related traffic accidents. A Raleigh DWI lawyer sheds light on a recent incident that highlighted the risks of irresponsible consumption.

A case of underage drinking in the Triangle

20-year-old Chandler Michael Kania, a student of University of North Carolina at Chapel Hill, was charged with murder after driving the wrong way on the southbound lanes near the split of I-85 and Interstate 40 in Orange County and crashing into the car of Felecia Harris, 49, of Charlotte. The accident killed Harris, her friend Darlene McGee, 46, also from Charlotte, and Harris’ granddaughter Jahnice Baird, 6, of Brooklyn, New York. Also in the car was Harris’ daughter, Jahnia King, 9. The daughter was seriously injured by the accident but has since recovered and been released from UNC hospitals.

Upon his arrest, Kania was charged with charged with three counts of felony death by motor vehicle, three counts of second-degree murder, one count of felony serious injury by motor vehicle, driving the wrong way on an interstate, driving while impaired, driving after consuming alcohol as a minor, careless and reckless driving, possession of alcohol by a minor, and having an open container of alcohol in a vehicle. Kania was slapped with a $1 million bond.

The perils of underage drinking in Raleigh

The state considers underage DWI as a class 2 misdemeanor, and pleading guilty to the offense carries the same penalties as being found guilty of the charge. Punishment may include loss of driver’s license for up to a year, a $1,000 fine, and 1-30 days of community service—and that’s only for minor offenses.

A DWI conviction’s impact on your future

A DWI conviction is a criminal record that can haunt you for the rest of your life. Thus, it’s best to follow the law and avoid driving while impaired at all costs. In the event that you get arrested for DWI, don’t ever take it lightly, especially if you are underage. Contact an experienced Raleigh DWI lawyer for help in developing an effective defense strategy against your underage drinking charge.