Home Blog Why Hiring a Local Attorney is a Good Idea

Why Hiring a Local Attorney is a Good Idea 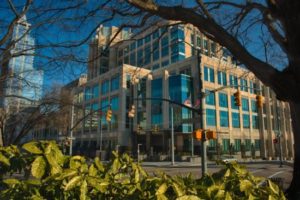 Ignorance Of The Law Can Mean a High Price

We mentioned last week about how strict Wake County can be when dealing with certain offenses. Some defendants become aware of the unmoving nature of Wake County assistant district attorneys and believe that this means it would be a better idea for them to handle their legal issues themselves rather than bothering to hire an attorney. For very simple traffic matters, most defendants will be just fine handling the issues themselves. In a strict county like Wake, however, it is even more important for individuals who find themselves charged with an offense to seek out legal representation.

1. A defense attorney is going to have an established relationship with local prosecutors.

Yes, Wake can sometimes be a hard county to work in as a defense attorney, but the attorneys that practice primarily in this area are going to have a better working relationship with the assistant district attorneys than a defendant who is representing themselves. Who is a prosecutor more likely to cut a good deal with, a defense attorney that they see every day or a random individual off the street that they may never lay eyes on again? Having a criminal lawyer hired to go to bat for you can be the difference between walking out of the courtroom that day and spending time in jail.

2. A defense attorney knows the local courthouse culture better than you do.

Say that you show up to court wanting to deal with your charge of speeding 81mph in a 55mph zone. You approach the assistant district attorney to discuss your case and he adamantly refuses to reduce the charge in any way. What is your next move? How about if the assistant district attorney does give you a reduction, but the judge refuses to give you a prayer for judgment continued (PJC), which you need to keep your insurance rates from going up. Now what do you do?

No matter what roles they play in the courtroom, judges and prosecutors are people with their own ideas, preferences, and pet peeves. A Wake County defense attorney is going to have a better idea of how best to deal with a given prosecutor or judge than an individual who never spends any time at the courthouse. A Raleigh criminal lawyer will know that if your case is in a courtroom run by a prosecutor who recently had their car totaled by someone who was speeding, it would be better to get a new court date and hope to find someone else. A local defense lawyer will know that you don’t want to plead a case of misdemeanor child abuse in front of the judge who regularly volunteers at his granddaughter’s school. The interpersonal knowledge of a criminal attorney is just as important as their knowledge of the law.

3. Having an attorney means that you get out of court faster, or that you may not need to come to court at all.

For people whose only exposure to how a court system works is from books featuring courtroom thrillers or television legal dramas, one of the biggest surprises is just how slow a typical district court can operate. In disposition court, there are several hundred cases set in any given day. Even in the regular business of district court, the courtroom can have well over 100 cases on the docket. District Attorneys don’t handle cases alphabetically, either. Attorneys are almost always given preference over defendants representing themselves, and those people handling their own cases often find themselves waiting hours to be seen by a prosecutor or judge.

Furthermore, for some offenses, hiring an attorney means that you can avoid going to court altogether – with an appearance waiver, certain small charges are routinely handled by an attorney without their clients ever setting foot inside the courthouse.

4. This is what an attorney does – day in and day out.

You don’t necessarily need to be a mechanic to change the oil in your car, but almost everyone would agree that it is generally a good idea to seek out a mechanic if you need your transmission replaced. The same thing applies to tickets and citations – you don’t necessarily need to be an attorney to handle a low level ticket, but for anything more than the simplest of matters, you can find yourself in hot water if you don’t have an attorney.

A Wake County defense attorney is going to know that a first conviction for shoplifting in a Class 3 misdemeanor, but a second conviction within three years is a Class 2 misdemeanor. A lawyer is going to know what charge will revoke your probation, and what charge will only violate your probation. An attorney can point you towards diversion programs. A criminal lawyer has more trial experience in a month than most average citizens will have in their entire lives.

To conclude, there is nothing preventing anyone from representing themselves on criminal charges, but as my mother used to say, just because you can do something, it doesn’t mean you should. We here at Kurtz & Blum, PLLC go to bat for our clients every day, and we’re always in your corner if you need us.