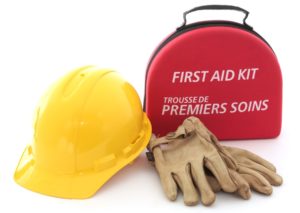 Here’s something of a good news-bad news combo on North Carolina workplace safety. The good news is that according to recent statistics, deaths in North Carolina workplaces have declined in 2013. The bad news is that workplace safety is still not absolute, as there are still some cases of death in workspaces. WRAL.com provides more info on this development:

Workplace fatalities in North Carolina dropped 39 percent in 2013, according to preliminary figures released Thursday by the state Department of Labor.

Twenty-three people died on the job statewide last year, down from 38 in 2012, officials said. The number of workplace fatalities in 2011 was 53.

“The only acceptable number is zero,” Labor Commissioner Cherie Berry said in a statement. “We are encouraged by a 39 percent drop, but I never lose sight of the fact that these are human lives lost at work.”

According to the report, all of the 23 people who perished on the job were men. These were fathers, husbands, sons, brothers, and friends that someone held dear. They did not deserve to lose their lives simply because they went to work. Anytime an employee is killed on the job, the loved ones left behind should seek the services of a qualified Raleigh personal injury lawyer.

It’s good to hear that the number of workplace fatalities in the Tar Heel State have dropped significantly. However if, a loved one has been hurt on the job, know that you may have a cause of action for negligence or even wrongful death against the employer. Consult a personal injury lawyer in Raleigh, NC at Kurtz & Blum, PLLC to learn the options that you can take.