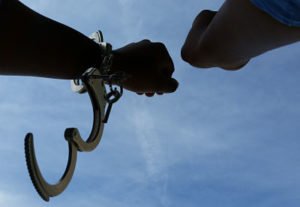 In 1992, Howard Dudley was tried in Lenoir County for the sexual assault of a child, his then nine year old daughter. At his trial, Dudley was wrongfully deprived of social services records that showed his daughter had made thoroughly contradictory and inconsistent statements, statements that might well have been sufficient for a competent lawyer to convince a jury that she was being dishonest. Moreover, Dudley’s trial attorney had been practicing for only one year before representing him in a jury trial that could have costed Dudley every day of the rest of his life. His lawyer spent less than 27 hours preparing for this trial. No motions were filed, nor were experts consulted. Last week this injustice was righted and Dudley was exonerated.

The only reason that Dudley is now out of prison is that his daughter recanted her testimony. She admitted that she lied. By the time that he was released from prison for this injustice, Dudley had lost both his wife and mother.

At least one person is unconvinced of Dudley’s innocence, however. The assistant district attorney who represented the State at Dudley’s hearing argued that the judge should let the original jury verdict stand. Despite the alleged victim, now a grown woman, clearly and unequivocally stating that she was never assaulted and that she had lied under oath, the prosecutor still asked a judge to uphold the conviction that was obtained after withholding evidence that a witness was lying. Nor did the prosecutor seem to take issue with the fact that Dudley’s inexperienced criminal defense lawyer spent less than one week preparing for a sex offense trial. That prosecutor did argue that the original jury was in a better position than the current court to determine whether Dudley was guilty but that seems to be an absurd statement as that jury never did hear about the alleged victim’s changing her story or about her mental health issues.

The mere accusation of having committed a sex offense carries staggering penalties. The stigma alone can ruin careers and lives. But an actual conviction for molesting a child and 23 years of wrongful incarceration should serve to shine a spotlight on a system that is clearly in need of reform.

In child sex cases, frequently the case will rest on the credibility of an alleged victim. An experienced sex offense lawyer knows that mental health records can be an invaluable tool in assessing whether that alleged victim is telling the truth. Yet in this case Dudley’s criminal lawyer failed to make that simple request. The best sex crime defense lawyer knows to immediately move for as much information as possible. In the courtroom, information is ammunition and it pays to be loaded for bear.