Home Blog Back to School Blog

Back to School Blog 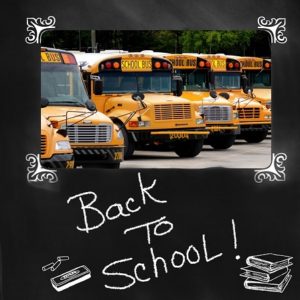 Time for a Teaching Moment

It’s August and it’s that time again – back to school. With thousands of students of all ages around the Triangle heading back to the classroom in coming weeks, certain crimes begin to become more common. In addition to the usual crop of youngsters making poor decisions like bringing marijuana to school or stealing from a local store, our firm starts to see particular offenses with greater frequency.

Failure to Stop for a Stopped School Bus is an offense that the State of North Carolina takes very seriously – under state law, it is a Class 2 misdemeanor, not simply a traffic offense, and carries a minimum fine of $250 and 5 license/insurance points. Prosecutors will almost never offer a reduction for this charge, and judges are prohibited by law from giving an offender convicted of it a Prayer for Judgment Continued (PJC). If a driver finds themselves with this citation, there are only two options: plead guilty to the underlying charge or take it to trial. In the case of this offense, it is almost always preferable to take it to trial because then there is at least some chance that an experienced attorney familiar with the law might be able to convince a judge not to convict you. Believe it or not, trials of this charge do result in not guilty verdicts at least some of the time. Although getting stuck behind a school bus which is discharging or picking up passengers can add some time on to your commute, this law is ultimately about the safety of schoolchildren. Motorists should remember to come to a complete stop whenever the see a school bus slowing down or with its sign out and lights flashing. When in doubt, hit the brakes! We’ve never seen a cop give a ticket to someone for being too cautious.

Safety is similarly the motivation behind our next offense. With schools back in session, that means that school zones are back in effect. For roughly two hours in the morning and two hours in the afternoon, motorists should watch their speed when driving near schools, especially if they see children near the roads. While a PJC can be used on school zone tickets, judges in Wake County require offenders to do a short period of community service in order to earn one (anywhere from 12 to 25 hours, depending on the speed). In general, it’s much easier to simply avoid speeding in close proximity to schools than to spend the weekend volunteering so that points don’t go on your license. Although school zones are only in effect during certain times on weekdays, in general, it is best to be cautious. As with passing a stopped school bus, you’re unlikely to get a ticket for moving through a school zone at a reasonable speed.

Raleigh is home to North Carolina State University, and a new school year leads to a host of charges that revolve around college life. Even though parties seem like a great way to blow off steam and meet new people, if you’re under the age of twenty-one and consume alcohol, you could find yourself with an underage drinking ticket. However, getting charged with consuming alcohol underage could be the least of your problems if you also decide to get behind the wheel of a car after drinking. As an underage driver, if there is ANY amount of alcohol in your system, you can be charged with Driving After Consuming Under the Age of Twenty-One, which could result in you losing your license for a year.If you are going to drink, it is smartest to wait until you are of age, but if you intend to drink before you are twenty-one, at least don’t compound the offense by driving after you do it. With the widespread availability of Uber and Taxis, there is no need to take stupid risks.

Whether you are a parent, a student yourself, or just a member of the general public, we could all stand to be a little bit more aware of our surroundings as we approach a new school year. We here at Kurtz and Blum wish local students the best of academic success in the coming months.