NC Drivers With a CDL Cannot Be Punished Twice 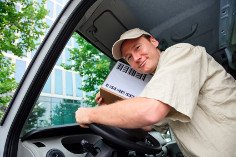 In a recent ruling by the North Carolina Court of Appeals on January 15, 2013 in State v. McKenzie, the court held that a person who possesses a North Carolina commercial driver’s license (CDL) cannot be punished twice by having their CDL revoked automatically if they blow over 0.08 on the intoximeter breathalyzer test and then again if they are convicted. Under the Double Jeopardy Rule pursuant to the Fifth Amendment, no person shall “be subject for the same offense to be twice put in jeopardy of life or limb.

Facts of the Case

In the State v. McKenzie case, the Defendant McKenzie held a CDL. He was driving a non-commercial vehicle when he was pulled over for a DWI. Based upon the results of two breathalyzer tests, McKenzie’s BAC was over 0.08, the legal limit. A Revocation Order was issued revoking his CDL. McKenzie was told that he could reclaim his license at the end of 30 days if he paid a $100 civil revocation fine to the Duplin County Clerk’s office and that he had the right to contest the validity of the Revocation order in writing. Nothing in the record indicates that the Defendant contested the Revocation Order. At the end of the 30 day period, McKenzie paid the fine.

However, he received a letter from the DMV informing him that his CDL was revoked for one year under N.C. Gen.Stat. § 20–17.4(a)(7). N.C. Gen.Stat. § 20–17.4(a)(7) states that if an individual has “[a] civil license revocation under G.S. 20–16.5  arising out of a charge that occurred while the person was holding a commercial drivers license[,]” the individual is disqualified from driving a commercial vehicle for one year. The letter also informed McKenzie that “[a] hearing is not authorized by statute.”

The court held that drivers license revocations are civil and not criminal in nature because they are intended to protect the public and not punish the driver, and that a one-year CDL disqualification under N.C. Gen.Stat. § 20–17.4 was so punitive and deterrent it its nature, that it becomes a criminal punishment and could violate the Double Jeopardy Clause. 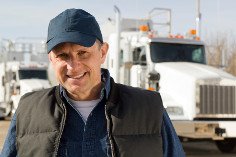 If you or a loved one are facing a DWI offense in Wake County, North Carolina, you should hire the best DWI lawyer to represent you before you make any additional mistakes. The attorney will review the evidence against you, including any field sobriety, breathalyzer or chemical tests, police reports and any accident reports and interview witnesses in order to build a strong defense on your behalf. Your North Carolina criminal defense attorney may be able to get your DWI charges reduced to a lesser crime, get you an alternative sentence or get the charges dismissed.

The Raleigh DWI attorneys at Kurtz & Blum, PLLC can help.

Of note, folks with CDLs may not be out of the woods just yet. The State has filed something called a petition for discretionary review (or PDR) in McKenzie. That means that they are asking the North Carolina Supreme Court to review the decision. The Court of Appeals ruling has been stayed until the Supreme Court decides the case and the Supremes could surely hold either way. Stay tuned…