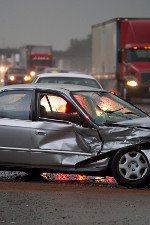 Involved in an Accident in North Carolina? Contributory Negligence Law in NC and Personal Injury Law in Other Jurisdictions

Let’s say you are involved in a car accident in North Carolina. You are injured and expect that you will be compensated for your injuries even if you were found partially at fault. Well, you probably would be quite disappointed to find out that in North Carolina, if the jury finds that you are even 1% at fault, you would collect nothing. Unlike the majority of states, five jurisdictions- North Carolina, Alabama, Maryland, Virginia and the District of Columbia, follow this contributory negligence rule. It seems pretty unfair and crazy.

So let’s say plaintiff Bill was involved in an accident in a pure comparative negligence rule state such as Florida. Bill is seeking $15,000 in damages, and he is found to be 10% at fault. Bill would still be able to recover his damages, less his reduced percentage of fault. So Bill would recover $13,500 in damages. 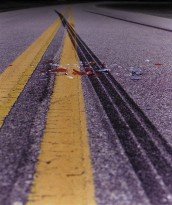 States that follow a modified comparative negligence 50% rule include: Arkansas, Colorado, Georgia, Idaho, Kansas, Maine, Nebraska, North Dakota, Oklahoma, Tennessee, Utah and West Virginia. As an example, if our same plaintiff Bill is found to be 50% at fault in Georgia, then Bill would still be able to recover 50% of the $15,000 damages or $7,500.

While there have been past attempts to change the contributory negligence law in North Carolina, these bills have been unsuccessful in getting passed by our legislature. North Carolina’s insurance industry’s opposition to changes is one of the primary obstacles in getting the law changed because insurance companies here in North Carolina would have to pay out more in claims if the state adopted a comparative negligence rule. However, other states have been able to adopt more fair rules that help injured persons and North Carolina should be able to adopt new polices that help injured victims here as well.