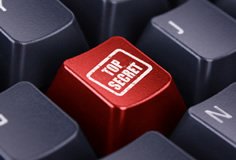 The Open Secret of Dashboard Cameras in Police Cars

You only need to watch a few old episodes of “World’s Wildest Police Chases” to know that dashboard cameras in police cruisers have been around for a couple decades now.The use of dashboard cameras (also known as “dash cams”) has gone from being limited to large cities to become one of the most universal types of police technology in the United States.As pervasive as dash cams are, however, not all police departments are enthusiastic about sharing the data captured by the cameras with defense attorneys.

Most criminal cases proceed without video evidence of any kind. However, for Driving While Impaired (DWI) cases or cases that involve a roadside search of a vehicle for drugs or other illegal items, videos from dash cameras can be enormously helpful for both defense attorneys and clients. In DWI cases, for instance, sometimes police reports exaggerate the so-called “clues” used to determine that a suspect was impaired. Other times, a police report will leave out evidence that suggests a suspect may not be impaired, such as the ability to stand without swaying or lack of slurred speech. Even on the rare occasions where the dash cam video reveals behavior by a suspect that is actually worse than what the report indicated, the dashboard camera acts as an unbiased observer to DWI stops and arrests.

Here is how modern dash cameras in police vehicles work. Dash cameras do not store every second of driving by a patrol officer, as the vast majority of such data would be useless. However, the dash camera systems do store all video inputs for a brief period of time, generally five minutes. The oldest data is constantly being replaced by new input. However, when an officer activates their blue lights, then this signals to the dash camera system to begin storing all recorded footage, as well as saving any footage still on the hard drive from the previous few minutes. Some agencies also allow officers to manually switch on the capability to store dash camera footage. This stored footage is then kept on a department hard drive until subpoenaed or deleted.

Because videos are stored digitally, instead of on a VHS tape or DVD, police departments would have to possess large amounts of hard drive space in order to keep all the videos on file indefinitely. As such, all law enforcement agencies in Wake County have a policy of erasing their dash cam footage a certain number of days after an arrest has occurred (90 days for most police departments). If the video from the dash cam is not subpoenaed within 90 days of a defendant’s arrest, it will be destroyed. From a purely technical standpoint, these policies make sense. Video files take up more hard drive space than the text from officers’ reports, and police departments don’t often employ enough I.T. professionals to have their hardware and software regularly updated to improve storage capacity.

Typically, when our firm starts representing a client charged with DWI, one of the first things we do is to subpoena the arresting officer’s written report as well as any dash cam video of the encounter. Although this technology has been around for some time now, not all patrol vehicles in Wake County are equipped with dashboard cameras. Even when a department’s vehicles are all equipped with cameras, some law enforcement agencies are unwilling to turn over video captured during stops. This is a problem because, as previously mentioned, an agency’s stored videos are routinely deleted after a certain amount of time unless steps are taken to preserve the recording.  What is the point of having dashboard cameras installed in police patrol vehicles if attorneys can’t get access to relevant recordings?

Police officers are human, and even the best among them will make mistakes. But members of law enforcement are public servants, and should be held to higher standards because of the kind of work that they do. The purpose of dash cam video isn’t to punish officers or to embarrass them – dashboard cameras help to ensure that the rights of average citizens are not being infringed upon by those in power. Police officers are placed in enormous positions of trust, and the unfortunate truth is that even if most officers do their best to uphold that trust, not every cop will. We can go to a legislative session and see laws being made. We can go to a courtroom and see laws being ruled upon. It only makes sense that the public be allowed to see how their laws are being enforced. Citizens deserve more transparency where police are concerned, and a step in the right direction would be to make dash cam footage more available to attorneys upon request. The alternative does nothing but suggest that police view themselves as above serious scrutiny.