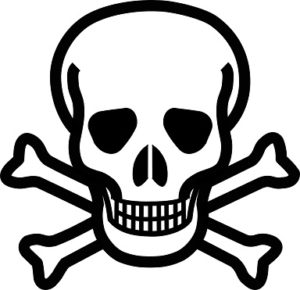 If you’re a regular reader here on the Kurtz & Blum, PLLC blog, you’ll know that we’re not fans of the death penalty. Although I support punishing criminal offenses, I also believe that punishment should be appropriate to both the crime and our moral fiber. Execution of condemned prisoners is a brutal, barbaric practice that appears to me to be nothing more than an unnecessary relic from less civilized times. Hundreds of years ago in medieval England, criminals could be executed for offenses ranging from murder and robbery, to simple theft or trespassing on lands owned by the King. Although America inherited parts of our criminal justice system from England, our cousins across the pond last executed someone in 1964, before abolishing the practice entirely. The United States hasn’t moved that far forward yet.

North Carolina still allows criminals to be sentenced to capital punishment in the case of murder. Although the death penalty is on the books as a punishment option, in actuality, there hasn’t been an execution in this State since 2006, when concerns regarding the State’s administration of lethal injection led to a de facto moratorium of the procedure. The only option for executing prisoners convicted of capital crimes in North Carolina is lethal injection; the State has done away with older forms of execution such as the gas chamber. The lethal injection protocol involves administering a three-drug cocktail to the condemned. This is similar to procedures used in other states with capital punishment. The first drug is supposed to render the condemned person unconscious, the second causes paralysis of skeletal muscles including those required for respiration and the third stops the heart, thereby causing death by cardiac arrest. If the first drug does not effectively sedate the prisoner, the remaining drugs cause suffocation and agonizing pain. In 2014 alone, three executions by lethal injection in the States of Arizona, Ohio, and Oklahoma went terribly wrong when the prisoners were not rendered unconscious and exhibited signs of excruciating pain and suffocation after a cocktail of drugs approved by the U.S. Supreme Court in 2008 were administered.

Of the forty-four botched executions nationwide since 1982, thirty-three involved lethal injection. The majority of botched executions occurred because of human error such as the inability to locate a suitable vein, the failure to properly anchor a needle which subsequently popped out, inserting a needle through a vein so the chemicals flowed directly into soft tissue and restraining the inmate with such force that the chemicals could not circulate throughout the body. In each case, there was intense emotional and physical suffering by the prisoner and in several cases, a curtain was drawn to shield the witnesses, including the victim’s family, from the grisly scene.

In late April of 2015, the U.S. Supreme Court is scheduled to review whether the sedative midazolam may be used as part of a cocktail in the lethal injection protocol. The petitioners (prisoners) argue that even in the absence of human error described above, midazolam is incapable of rendering the prisoner unconscious though it may have been administered correctly. As a result, the prisoners are likely to endure agonizing deaths. Because midazolam does not have a proven record of causing the required unconsciousness, the petitioners argue that they are being treated as human experiments.

The U.S. Supreme Court has not reviewed the constitutionality of the death penalty in nearly forty years. During that time, over seventy countries abolished the death penalty. The death penalty is prohibited in approximately one-hundred forty nations. The United States is one of the only industrialized nations that has not abolished the death penalty, and in fact, consistently ranks among the top six nations with the highest number of confirmed executions globally, keeping company with China, Iran, Iraq, Saudi Arabia, and Somalia. Although we may no longer put horse thieves and burglars in front of firing squads in the name of justice, we still support a practice that has been condemned by most of the rest of the world. And when it comes to capital punishment, it might be a good thing for us to be part of a different crowd.