Drug Culture in the Digital Age 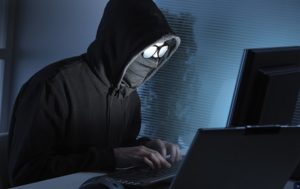 The Internet has radically changed life as we know it. We pay our bills online, meet our future spouses online, look for houses online, and do research online. Access to thousands upon thousands of books, movies and TV shows are available at our fingertips at a moment’s notice, and we can stay connected to far-flung friends and family members through video chatting and email. It has even changed the way that individuals get their hands on illegal goods.

A website known as The Silk Road was shut down in July of last year by the FBI for violation of various federal laws. The Silk Road, which became operational in early 2011, was the premier online black marketplace, described by some as the “eBay for illegal narcotics.”Every well known scheduled substance was available for purchase, as well as some lesser known substances (e.g. “bath salts” or other research chemicals used recreationally). Also available on the Silk Road were, presumably, stolen items such as laptops, which were being sold at far below market value. Stolen works of art had also been known to appear on the site. Although the Silk Road did offer sale of legitimate items such as jewelry, books, and apparel, upwards of 70% of the items listed on the site at any time would be illicit narcotics. The site allowed drug dealers from around the world to sell their wares on the net and drug buyers to purchase goods from the comfort of their computer desks. Thanks to the World Wide Web, an individual here in North Carolina could purchase LSD from a supplier in California without either ever knowing a thing about the other person.

The Silk Road managed to remain in business for so long thanks to a type of software known as TOR. TOR helps to enable anonymity online by directing internet traffic through a network of thousands of relays, which confuses attempts to survey or analyze a user’s internet usage. While TOR cannot guarantee online anonymity (as Silk Road’s closure demonstrates), it makes it harder to track what an individual person does on the Internet. Additionally, all transactions on the website were conducted with currency known as BitCoins. BitCoins are the first of a new type of currency, called “crypto-currency.” Prior to 2009, crypto-currency did not exist, but as of now, dozens of different types of crypto-currency have emerged. Crypto-currency like BitCoins can be purchased anonymously with real currency through online vendors, and the value of a single BitCoin fluctuates on an hourly basis. In the ideal Silk Road transaction, both the buyer and the seller never transferred real currency. This allowed the Silk Road to boom in business as it permitted people to buy and sell illicit substances and items with very little perceived risk.

It took the FBI more than two years to shut down The Silk Road. According to a Wired magazine article on the subject, “Between February 2011 and July 2013, [The Silk Road] racked up more than 1.2 million transactions, generating sales revenue of more than 9.5 million Bitcoins… The value of Bitcoins varies daily but the feds calculated this to about $1.2 billion in sales…” Although the Silk Road was the biggest and the best of the illegal trading sites, it was just the tip of the iceberg, and it was made easier to take down precisely because of its notoriety. Drug trafficking is a continual intellectual arms race between governments and traffickers, and the success of the Silk Road proves that those in the narcotics trade are more than willing to experiment with new technology, thanks to the use of darknets. Darknets are able to receive information from the greater internet (and in fact, all the traffic from a darknet still travels on the main backbones of the internet) but the computers on the darknets are invisible to most users outside of that private network. Darknets use different methods of obfuscation to prevent users’ data from being tracked, and darknets such as TOR have begun increasingly to be used for criminal purposes.

As has been mentioned before in previous blog posts, we here at Kurtz & Blum, PLLC support smart drug policies. Some of the most common offenses we help our clients with are issues relating to possession of drugs or drug paraphernalia. Although it may only be a small percentage of the overall population, it is a seemingly undeniable fact that there are those among us who enjoy altered states of mind, and who are willing to seek out those experiences even at risk of punishment. Possession of controlled substances is illegal in North Carolina, and we certainly don’t encourage any citizen of this state to break the law. But in all of my years of practice, as sentencing for drug possession and trafficking have changed and evolved, never once have I seen any significant decline in the overall number of drug cases I deal with. We can continue to spend resources trying to win another pointless, short-lived victory in the War on Drugs, or we can actually consider new ways to handle narcotics use. Like it or not, drug culture has adapted to the 21st Century just fine.