How to Seek Protection From Domestic Violence 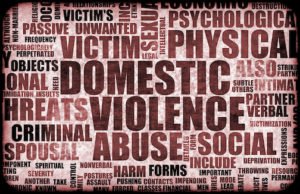 Getting Protection from Domestic Violence

If you or someone you love have experienced domestic violence, you may want to seek protection from the law. The law can provide protection in the form of a Domestic Violence Protective Order, or DVPO for short.

If you or a minor child you live with have experienced domestic violence from someone with whom you share a personal relationship, you can file for a DVPO. In the interest of combatting domestic violence, North Carolina allows you to file for a protective order without paying any filing fees and explicitly states that you may proceed with the domestic violence action without an attorney.

Once you file for protection the court will make an initial determination on the merits of your claim ‘ex parte’ meaning the alleged aggressor will not be present. If the court determines that you do need protection based on your allegations, the court will issue an initial protective order that prevents the aggressor from having any contact with you. The court will then give notice of the ex parte order and your complaint to the aggressor. This order will be in place until the court can have a full hearing on your case where the aggressor will be present to defend against your allegations. This hearing should take place within 10 days after the issuance of the ex parte order or 7 days after the aggressor is served with notice of the complaint and hearing.

If the court determines at the hearing that there was domestic violence, the court can order the aggressor to stay away from the aggrieved party, refrain from committing further acts of domestic violence, or otherwise harassing the aggrieved party. The court can also order spousal support, child support and child custody. The protective order issued by the court will be in place for one year, but can be renewed thereafter. If the aggressor violates the court order, he or she can be held in contempt of court, which could result in the aggressor being arrested and charged with a criminal offense.

A Domestic Violence Protective Order can be a useful tool to ensure your safety and the safety of your loved ones. Although the law allows parties to represent themselves in seeking DVPOs and the court system is set up to make it as easy as possible for parties to represent themselves, it can still be highly valuable to have an attorney who knows the law and the system standing by your side and advocating to the judge on your behalf in order to get the best outcome possible. Let the experienced family law attorneys at Kurtz & Blum, PLLC stand up for you.