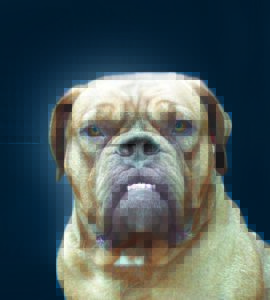 Barking Up the Wrong Tree: Why the Supreme Court Still Has a Lot to Learn About Drug Detecting Dogs

And why criminal lawyers need to pay close attention.

In order for the police to search a vehicle without a warrant, they must have probable cause to do so. If there is no contraband clearly visible or if the officer has no reason to believe there is a weapon present, a normal police officer is thus prevented from searching a motorist’s vehicle. This dynamic changes when there is a K-9 team available during a stop. The U.S. Supreme Court held in the 2005 case of Illinois v. Caballes that walking a drug detection dog around a vehicle during a traffic stop was not a search and thus not a violation of a motorist’s 4th Amendment rights, provided that use of the dog does not unreasonably prolong the length of the stop. A police dog alerting for the presence of narcotics can provide law enforcement with the probable cause they need to search an individual’s vehicle without a warrant.

Drug detection dogs have long been an important law enforcement tool, and during the years of their use, they have been a bane for criminal defense lawyers and their clients. Not because police K-9s are so good at sniffing out narcotics that it makes it impossible for us to defend our clients. Rather, it is because courts continue to trust the accuracy of dog searches even when the numbers don’t support that trust.

The Chicago Tribune analyzed three years of data from suburban police departments in the State of Illinois. The newspaper found that during that time, alerts from drug detection dogs only led to the discovery of drugs or drug paraphernalia in 44 percent of cases. When looking at the data concerning Hispanic drivers, the success rate dropped even lower to an abysmal 23 percent. In other words, if a drug dog alerted for the presence of drugs in a vehicle driven by someone Hispanic, there was a better than 3 out of 4 chance that a subsequent search would turn up no evidence of narcotics. This strongly suggests that police officers in Illinois were using drug dogs to disproportionately target ethnic minorities. This evidence has done little to shake the court system’s confidence in drug detection dogs.

A U.S. Supreme Court case handed down in February of this year perfectly illustrates this stubbornness. In Florida v. Harris, Harris was pulled over for a routine traffic stop. The police officer thought that Harris looked nervous, and Harris refused to let the officer search his vehicle. The officer then walked his K-9 partner around the vehicle and the dog alerted for the presence of drugs. A search turned up ingredients used in the manufacture of methamphetamine. Harris got out of bail, and was stopped again by the same police officer, this time for a broken tail light violation. The officer once again walked his dog around Harris’s vehicle, and once again, the dog alerted for the presence of narcotics. However, the resulting search turned up no drugs or other contraband. Harris’s argument was that merely showing that a dog is trained and certified to detect narcotics is an insufficient indicator of reliability – officers should also provide a dog’s field performance records in order to demonstrate the dog’s accuracy. Unfortunately, the U.S. Supreme Court rejected this argument, holding that the only qualifications a police drug dog must have are the necessary training and certification.

Yet notably, just a month after the decision in Harris, the Court handed down a ruling for another Florida case which limits the use of drug dogs by police. In Florida v. Jardines, Miami police officers brought a drug dog to Jardines’ residence after the department received a tip that marijuana was being grown on the property. Though surveillance of the home had turned up no evidence of a marijuana grow-operation, the police nevertheless escorted a narcotics detecting dog onto the premises. When the dog approached the front porch of the dwelling, it began to track from side to side before finally alerting for the presence of drugs near the front door.  A 5-4 majority of the Court ruled that the use of the dog in Jardines was unconstitutional. The rationale behind Jardines is based on the theory of “physical intrusion.” Because the Miami police physically brought a drug dog onto the property to gain information for a warrant, the subsequent search of the residence was tainted.

The decision in Jardines does nothing to undermine the idea of the infallible drug dog fostered by Harris. Jardines shows that the use of narcotics-detecting canines is not appropriate in every situation, which gives criminal defense attorneys another avenue by which to attack the police when they engage questionable investigative tactics. But the holding in Jardines is a small victory at best. Citizens in North Carolina and across the country can still readily be subject to intimidating searches through the use of police dogs. By trying to take a bite out of crime, law enforcement is instead treading on our civil liberties.