Home Blog How the N.C. Legislature Hopes to Use Colored License Plates to Shame DWI Defendants

Fifty Shades of Display: How the N.C. Legislature Hopes to Use Colored License Plates to Shame DWI Defendants 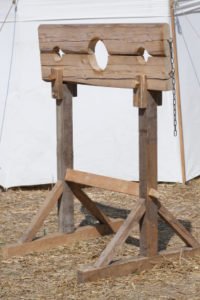 People convicted with driving while impaired have long had to suffer stigma for their misjudgment. DWIs are among the most serious charges handled at the district court level by attorneys in North Carolina, and the process of getting a DWI charge resolved is often long and difficult for clients.

The North Carolina General Assembly, however, is proposing to add another indignity on top of all of the other hoops people convicted of DWIs have to jump through. House Bill 812 would demand that all individuals who are convicted of DWIs be obligated to have license plates with a special color in order to be able to drive their own vehicles again. The license plate would be recognizable as a non-standard license plate and would make it easy for civilians and police officers alike to spot a car owned by someone with a DWI conviction. Further, affected drivers would have to keep the special plates on their vehicles for up to seven years, depending upon the circumstances of the DWI conviction. This suggested legislation comes on the heels of other bills which are increasing the punitive measures for drivers convicted of DWIs.

Let me be clear on this: there is a link between impaired driving and increased risk of accidents on roadways. No one is saying that impaired driving should be legal, or that there should be no penalty for it when the State is able to prove its case beyond a reasonable doubt. Criminal defense attorneys across North Carolina stand for the idea that the criminally accused deserve to have their constitutional rights protected, not that defendants should be placed beyond the reach of the law. North Carolina has every right to set rational punishments for criminal offenses.

House Bill 812, though, is hardly rational. Instead, it hearkens back to our nation’s colonial heritage, when public shaming was considered to be a culturally appropriate way to deal with offenses. Taking a trip back in time is fun when you spend the day at Old Salem, but it is not desirable when applied to our modern criminal justice system. Shall we begin requiring people convicted of assault to wear a scarlet ‘A’ sewn onto the front of their clothing? Will those individuals who drove with an open container of beer in the front seat of their vehicle be forced to serve out their sentences with a stint in the stocks? Of course not. Although we shouldn’t ignore that such punishment is a relic of our past, that is no reason to bring it wholesale into the future.

A similar debate recently came up when discussing giving driver’s licenses to young, undocumented immigrants who had been brought to this country illegally by their parents when they were just children. Transportation officials in North Carolina proposed to issue driver’s licenses to qualified immigrants which had a conspicuous pink stripe printed on them. The stripe would have made the licenses easily distinguishable from a standard N.C. license. This proposal was scrapped due to opposition from immigration and civil rights organizations, who argued (correctly, I feel) that the prominent stripe would have the effect of stigmatizing young immigrants and potentially making them the targets of profiling.

Sex offenders may have to register where they live, but they don’t have to walk around carrying signs listing their convictions. People who are responsible for vehicular deaths don’t have to drive special cars. Why are we forcing DWI defendants to have special license plates? What possible purpose is the N.C. Legislature hoping to accomplish by singling out citizens convicted of DWIs?

What the proposed bill seeks to accomplish is unclear, but what it won’t accomplish is evident. It won’t prevent high risk drivers such as individuals with multiple DWI convictions from getting behind the wheel with alcohol in their system, as an ignition interlock device would. It won’t encourage drivers to comply when law enforcement officers request a breath test, as the one year mandatory license revocation for refusal does. A colored license plate does not aid the citizens of North Carolina in the same way that the community service hours performed by people convicted of DWIs does. Those same license plates won’t help to keep our criminal court system running, as court costs and fines do. The list of what this bill won’t accomplish is seemingly greater than the list of what the bill would achieve.

Instead of making the roads and highways of North Carolina safer, House Bill 812 is a hollow display of backbone, a façade to make state representatives look like they are being tough on DWIs while not actually doing anything substantive. The statute is worthless except as window-dressing to help make it appear as though lawmakers are cracking down on DWIs. As far as I am able to tell, the measure would do nothing other than to kick DWI defendants when they are already down. If House Bill 812 becomes law in N.C., state legislators will have shown their true colors with regards to how they handle crime and punishment.