Home Blog A DWI Conviction Can Happen to Anyone

Raleigh DWI Attorney Says a DWI Conviction Can Happen to Anyone 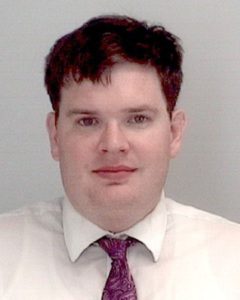 Both DUI (Driving Under the Influence) and DWI (Driving While Intoxicated or Impaired) are criminal charges that apply to a person operating a motor vehicle while under the influence of alcohol or illegal drugs. Laws regarding these offenses are known to vary from state to state. Some states consider DUI a lesser charge than DWI. Some states don’t distinguish between the two charges at all. North Carolina belongs to the latter group.

DWI is a serious charge that comes with heavy penalties, however. It could result in the temporary loss of your driver’s license, a considerable sum of money, and even your freedom. These severe penalties undoubtedly require an aggressive defense from a knowledgeable DWI attorney in Raleigh, NC, such as one of the attorneys at Kurtz & Blum, PLLC.

Chapel Hill councilman Lee Storrow, who at age 26 is the youngest member of the Orange County city’s town council, was recently arrested and charged with speeding and misdemeanor DWI. Storrow pled guilty to the DWI charge in district court on August 26, 2015. As part of his guilty plea, prosecutors agreed to drop the speeding charge.

According to police reports, Storrow was driving 64 mph in a 35-mph zone in Chapel Hill. Suspecting that Storrow was impaired, the officer at the scene asked Storrow to undergo a Breathalyzer test. The test showed that Storrow had a blood-alcohol content of 0.16, twice the state’s legal limit of 0.08.  As a consequence of his actions, Storrow will have to attend an alcohol assessment course.

The arrest was Storrow’s first DWI offense, and with his guilty plea, he is expected to get off relatively light. Still, his arrest can have severe implications for his career. Storrow was said to have plans to run again for office this fall, and as it stands, the arrest looks to severely hamper his chances of getting re-elected.

Fighting off a DWI charge

Indeed, a DWI charge can affect you beyond the penalties and loss of driving privileges. Fortunately, you don’t have to go through it alone. A good DWI lawyer will give you the best advice and strategy for your DWI case. There are numerous ways that a DWI case might turn out, and having an attorney adept at handling DWI cases by your side increases your chances of a favorable outcome.