Home Blog A DWI is Not the End of the World

Experienced Raleigh Lawyer Says DWI Not the End of the World 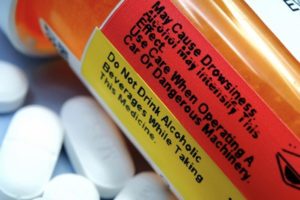 A former Assistant District Attorney in Buncombe County got his job back after spending more than six years rebuilding his reputation.

According to a Citizen-Times story that ran on January 6, District Attorney Todd Williams rehired Rodney Hasty, who had been an assistant under former D.A. Ron Moore, in an inspiring tale of redemption.

In 2009, Hasty resigned following his DWI conviction due to driving under the influence of prescription-only medications carisoprodol and meprobamate. The drugs are used to treat muscular pain and apparently can have a dramatic impact on one’s ability to safely operate a motor vehicle.

Since then, he has worked hard at a private law firm to become deserving of a second chance. Williams even received a letter of recommendation from the law firm, owing to his “superior performance.”

The fact that Hasty was taking legally prescribed medications may have been a big factor in the decision to rehire him. Such mitigating factors can help an experienced Raleigh lawyer to mount a successful DWI defense in the case of driving under the influence of one or more prescription medications.

And just because you’ve been convicted of DWI doesn’t mean you lose everything. DWI law firms like Kurtz & Blum, PLLC can convince the court to grant you some degree of limited driving privileges.

With a capable attorney in Raleigh, NC on your case, you have the best chances to limit the potential damage to your life and your reputation.