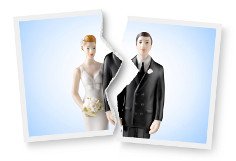 N.C. Government Doubts that Citizens Can Make Their Own Decisions About Marriage

The North Carolina government is once again determined to stick its nose into the private lives of its citizens under the guise of promoting “traditional values.” The N.C. General Assembly’s recent bill that is currently making its way through chambers will drastically change how married couples are allowed to separate and divorce.

Senate Bill 518, ironically titled the “Healthy Marriage Act,” would modify existing law, making it even harder for couples to go through the process of divorcing. The current law in North Carolina requires that spouses must live in separate homes for a full year before dissolving the legal marital bond. During this time, however, spouses can work on separating their finances, their property and debts, and work out child custody, child support and spousal support issues. Spouses are permitted to date others and can explore living on their own – separate from the other spouse – to determine whether this is indeed what they want. Sometimes, after a few months of this kind of separation, spouses will reunite because they find they miss the other spouse too much.

The new bill, the “Healthy Marriage Act” extends the required separation period to two years, and would require an individual to give their spouse written notice of their intent to divorce in order to start the clock on the separation. As the Act is presently written, there is no way to shorten the two year separation period, even in cases of adultery, drug abuse, or when there is violence in the marriage. When the Act first appeared in the N.C. Senate, advocates for domestic violence victims decried this lack of an exemption and lawmakers promised that the language of the bill would be altered before it was put to a vote; however, there has been no sign that the bill’s sponsors have actually made good on that promise. The language of the bill is the same today as it was when it was first filed and it does not provide protection or exemptions for victims of domestic violence or abuse.

In addition to lengthening the period of separation to two years, the Act requires spouses to attend courses on conflict resolution and improving communication skills. If the couple has children together, they would be required to complete a four hour course which outlines the impact of divorce on children. There is no mention in the bill of who would pay for these courses. If it is the divorcing couple, this puts an unnecessary financial burden on two people who simply wish to dissolve their formal union, as if attorney’s fees and increased filing fees were not enough. If the State of North Carolina intends to pay for the cost of “educating” couples who wish to divorce, then I question the motivations of a legislature that can find room for divorce counseling for responsible adults in its fiscal policies while viciously slashing the budgets of public schools to educate our children. If there is a surplus in the budget, it would be better spent by requiring pre-marriage classes to help engaged couples understand what it will take to maintain a healthy marriage before they take the plunge.

There is one part of the proposed act that could be helpful to divorcing couples who are under financial strains but remain amicable with each other. Under current law, spouses MUST maintain separate residences during the separation period in order to qualify for divorce. This can put financial hardship on the divorcing couple, especially if they can only afford to maintain one residence. It can also create friction and arguments about who is going to move out and how the bills will be divided. It is one thing if the relationship has become so strained as to make co-habitation no longer desirable – it is another if the State requires people to live separately as a condition of allowing them to divorce. If spouses were allowed to “separate” while still living in the same home, it would give some couples additional time to work out an economic plan before one has to undertake the expense of another household. Currently, when one spouse “moves out,” that is the initiating signal to the State of North Carolina that the couple is interested in initiating divorce and starts the one-year separation clock. With the new law, if a couple wishes to continue to live together while going through the divorce process, one must file a written notice of intent to begin the two-year clock.

Contrary to what popular media might have you believe, upwards of 95% of all divorces are accomplished amicably, either with the parties splitting up their assets and working out child custody on their own or by employing experienced attorneys to assist in reaching a mutually agreeable arrangement. When spouses elect to end their marriage, it is almost never done on a whim. It is a decision that is generally fraught with emotion even in the best of cases. The attitudes of spouses who are forced to endure classes together and who continue to reside together for two years may deteriorate into hostility and resentment not too far off from that seen in The War of The Roses. Time spent separately prior to divorce is healthy and allows the individuals time to heal and grow and to determine if the divorce is what they truly want. If the other spouse is constantly there, in the same house, fussing over the same issues, that opportunity is lost.

The government should not dictate to adults what is best for them concerning their relationships. Adults have the capacity to determine whether they are happy and fulfilled in their marriage or not. That decision is not made easily or quickly. Usually by the time a spouse is ready to separate, he or she has already spent considerable time trying to resolve marital issues. Forcing someone to attend classes or therapy will only waste everyone’s time if he or she does not want to be there and is not interested in saving the marriage. You can lead a horse to water, but you can’t make him drink. If the horse has just dragged himself out of the river, he certainly doesn’t want more water.

The Healthy Marriage Act is the N.C. legislature’s attempt to meddle in the private lives of intelligent and rational adults under the pretense of saving relationships. Instead of complicating and prolonging what can already be a difficult process, the North Carolina General Assembly should focus on amending alimony and spousal support laws so that they reflect the modern century and allow divorcing couples the freedom to move on with their lives.