Home Blog Heroin Use a Continuing Concern in North Carolina

Heroin Use a Continuing Concern in North Carolina 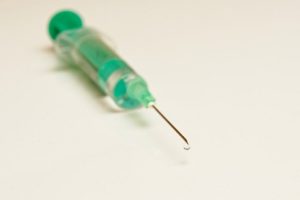 Use of Heroin Continues to Vex Law Enforcement

As we’ve reported on previously, heroin sales and use have been increasing in recent months. This trend holds true not just for the local population in the Triangle but throughout North Carolina. Earlier this month, law enforcement officials in Bladen County made the largest heroin bust in the county’s history. The bust occurred on Veteran’s Day and resulted in the seizure of approximately 1,450 doses of heroin, a huge amount considering the population of Bladen County is only about 35,000 people.

A dosage unit of heroin is called a bindle, which is a small plastic bag used to hold a powder form of the drug. It is only after the drug is heated that it becomes liquid, which is then used injected via syringe. The street value of a heroin bindle ranges between $8.00 and $15.00 with the average price being $12.00. The Bladen County seizure of 1,450 bindles had a street value of approximately $17,400.00. Two people, Ronald Campbell and Tanisha Simpkins, were arrested during the bust and are currently being held on charges of trafficking heroin by possession and trafficking heroin by transportation, possession with intent to sell and deliver a Schedule II narcotic (heroin) and manufacturing heroin by repackaging. The arrest of Tanisha Simpkins was considered to be a significant blow to the County’s local heroin trade, as Simpkins is believed to be one of the major heroin suppliers in not just Bladen County, but in Brunswick and New Hanover Counties as well.

Heroin use in North Carolina has been escalating as lawmakers have tightened the accessibility of prescription opiates like Vicadin, Percocet, and Oxycontin. In areas where the abuse of synthetic opiates used to be a problem, now members of law enforcement are seeing addicts turn to heroin when they can’t feed their craving for pills. In almost all cases, heroin is cheaper and more widely available on the black market now than prescription painkillers. Heroin’s recent resurgence is of great concern to police, legislators, and members of the medical community because heroin is quite simply more dangerous to use than prescription opiates. Even though prescription painkillers can and have resulted in overdose deaths, they are manufactured by pharmaceutical companies and have carefully controlled dosages. Pills that make it to the black market have at least been produced in a safe and lawful manner. The same cannot be said for heroin, which can vary in potency from batch to batch and can cause overdose deaths in even longtime opiate addicts. Heroin is injected, and sharing of needles can spread infectious diseases like Hepatitis and HIV. Even without needle sharing, every time a heroin user injects increases the risk of infection, with chronic heroin users at heightened risk of developing illnesses such as endocarditis, which is an infection of the inner lining of the heart.

While there is currently little to be done about the risk of infection from re-using needles or needle sharing (North Carolina law currently explicitly prohibits establishing needle exchanges), lawmakers have made it easier to overcome the obstacle of overdose at least. North Carolina has made it relatively easy for EMTs, law enforcement, and even heroin users themselves to access naloxone, a life-saving drug that reverses heroin and prescription painkiller overdoses by blocking the body’s opioid receptors. A non-profit organization called the North Carolina Harm Reduction Coalition provides does of naloxone to heroin users free of charge and provides instructions on how to safely administer the drug in the case of an overdose. The FDA also recently approved a more easy-to-use version of naloxone that comes as a nasal spray and costs less than half what a traditional dosage of naloxone costs (about $37 per dose for the nasal spray version as compared to $75-$100 a dose for the injectable variety).

On one hand, it is an incredible step in the right direction to see policymakers treating the rise of heroin use as a public health issue and not one best left only to the criminal justice system. Yet we could be doing more to help people in the grips of heroin addiction by authorizing the creation of needle exchanges and increasing funding for public drug treatment programs. Like it or not, heroin is here to stay for the foreseeable future. Heroin users are going to need resources if there is going to be any chance that these folks can make it through the mire of addiction and back into a normal, productive life. Those resources are currently not being provided by the state, and non-profit organizations like the North Carolina Harm Reduction Coalition can only do so much through fundraising or private donations. It’s North Carolina and every other State affected by this crisis to step up and start doing more to deal with heroin addiction.