Home Blog Heroin Use On the Rise in the Triangle

Heroin Use On the Rise in the Triangle 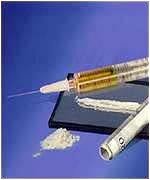 An Old Drug with New Users: A Discussion of Increased Heroin Use in the North Carolina Triangle

One of the more interesting things that I have noted in my time as an attorney is that the illegal drug trade responds to market forces just like every other type of good. Demand for certain types of drugs is usually shaped by the factors particular to a specific area or population. Methamphetamine use is more common in the mountains of North Carolina because the terrain and lower population density means that there are more isolated spots available to manufacture the substance. Adderall can be used to promote focus, and thus is more likely to be abused by teens and young adults in an academic setting. In general, drugs of most kinds are cheaper the closer you live to an interstate highway. Drug culture in N.C. is as varied as the people and places here in the Old North State. And it appears that we may have the N.C. General Assembly to thank for the increased popularity of heroin use by our fellow citizens.

One such law revised a pre-existing statewide reporting system that had been put into place to assist physicians in spotting patients who may be “shopping” for doctors to provide them with a prescription for drugs such as OxyContin. Pain pills can be obtained by legally purchasing them in another country such as Mexico and then illegally transporting them across the border to the United States, or through good old fashioned techniques such as robbing a pharmacy. The vast majority of pills, however, are obtained by means of a lawful prescription. By making it harder for dealers or users to bounce from doctor to doctor until they find someone willing to write them a script, fewer painkillers are making their way into the hands of those who use them unlawfully.

About the time that state legislators were taking steps to make it harder for people to get access to prescription pain meds, a shift was observed in emergency rooms across North Carolina. In 2012, 148 people died of heroin overdoses, nearly double what it had been in 2011. In 2010, police in Raleigh seized less than one pound of heroin during busts, as compared to nearly 24 pounds of heroin seized in 2013.

The crackdown on prescription opiates and opioids appears to have decreased the available supply, which in turn has driven up their prices on the black market. According to Scott Proescholdbell of the N.C. Department of Health and Human Services, “A 30-milligram pill of oxycodone sells for $20. A bag of heroin costs $10.” Although it is too soon to tell whether the current spike is a short-term anomaly or a long-term trend, present data seems to suggest that the increased cost of illegally sold prescription meds is driving drug users to seek a cheaper high.

The increase in heroin-related overdoses here in the Carolinas has caused so much concern that officials across the state are scrambling to halt the deaths. Gov. McCrory signed a bill into law in 2013 that grants immunity from criminal prosecution if someone is found to be in the possession of less than one gram of heroin or cocaine while they are seeking medical assistance for an overdose. Police and fire departments in the Triangle have begun training and equipping personnel with Naloxone, a nasal spray that inhibits the metabolism of opiates and opioids by the body, effectively countering an overdose. The Raleigh Police Department has opted not to train its offers in the use of Naloxone, but locally, police departments in Carrboro, Hillsborough, Durham, and Cary are providing officers with the kits. Although official statistics for 2013 haven’t been published yet, there is some suggestion that these measures have resulted in fewer fatal overdoses from heroin.

I am certainly not saying that prescription pain drugs don’t deserve to be regulated. Opiates in particular are among the most addictive classes of drugs, and abuse can cause devastating effects in families and communities. But I do find it striking that the increase in heroin related overdose deaths in North Carolina directly coincided with increased efforts by the state to restrict the illegal sale and use of prescription painkillers. The same market forces that made pill popping a more expensive habit seemed to make selling and using heroin a more attractive option. It really illustrates that the road to Hell is paved with good intentions, doesn’t it? I am happy that the government and police are taking steps to reduce the number of people ending up in a body bag, and yet I’m sure this won’t be the last we hear about heroin here in N.C.

Not by a long shot.