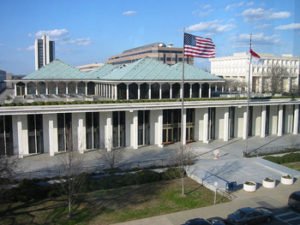 Justice Reinvestment Act Appears to Be a Success

Most criminal justice legislation seems to be targeted at making criminal sentences more onerous for the people who have the bad luck to get convicted. Legislators are politicians, and one of the easiest ways to bolster your election credentials is to gain a reputation for being “Tough on Crime.” It doesn’t matter if the “tough” measures actually work to reduce crime rates or make it less likely for people to re-offend, all that generally matters is that the potential sentences are harsher than the last time a similar law was passed. As some of my readers may be able to tell, I’m not usually a fan of most of the statutes that make their way to the law books in criminal court. However, I like to consider myself a “credit where credit is due” kind of guy, and that is why I’m highlighting one law that has made a huge positive difference in our courts.

The 2011 Justice Reinvestment Act (JRA) is one of the best pieces of legislation to come out of the N.C. General Assembly in years. The Act was designed to lower North Carolina’s sky-high correctional budget, address the problem of newly-released prisoners re-offending shortly after gaining their freedom, and increase the number of behavioral treatment programs available. The goal is to save money by dealing with criminal defendants within their local community whenever feasible, rather than presuming that incarceration is the best outcome.

Since the Act took effect, every convicted felon in North Carolina prisons must serve a nine or twelve month period of supervision similar to probation after being released. This post-release supervision is designed to reduce the likelihood of former inmates re-offending and being sent back to a correctional facility. Previously, more than half of all individuals admitted to N.C. prisons were there as a result of their probation being revoked. In the 3 years since the passage of the JRA, that number has dropped to one-third of admissions. Ten prisons have been closed due to the decrease of inmates being admitted to correctional facilities. These accomplishment were able to occur because the Act outlines new ways to handle probation violations that give probation officers more flexibility when dealing with probationers, and an increased budget for probation officers and community corrections officials means that there are more staff available to serve those individuals being supervised by the State. Community corrections officials like probation officers now supervise fewer clients, allowing them to pay more attention to the folks that are being supervised.

The JRA has made it harder for probation to be revoked (i.e. terminated in such a way that a defendant is sent to spend a lengthy period of time serving an active sentence in prison). Under the Act, there are only two types of offenses that can lead to the automatic revocation of a person’s probation: absconding (leaving the state without permission or failing to report to a probation officer when requested) and being convicted of a Class 2 misdemeanor or higher. Even if a person on probation is accused of one of these two offenses, a hearing must be convened to determine whether or not probation can be revoked – a probation officer cannot unilaterally send someone to prison. Probation officers have a better ability to punish violations with extra supervision and restrictions, or by ordering a probationer to spend 2 to 3 days in jail.

Research by the American Civil Liberties Union suggests that thus far, the JRA has not done much to lower the overall rate of incarceration in North Carolina. While the number of inmates in N.C. prisons has decreased since the Act took effect, the ACLU research strongly suggests that the decrease is largely due to the fact that incarceration of low-level offenders has been shifted out of state prisons and into county jails. It seems obvious to me that we are still locking up far more people than we should be; at the same time, I feel like ACLU researchers should take into account that we still in the early days of the Justice Reinvestment Act. We’ve seen some pretty dramatic improvements in certain aspects of criminal punishment, and I have every reason to hope that there will continue to be improvements in the future.

There will always be a subset of crimes for which incarceration is the best answer. People found guilty of homicide, or rape, or armed robbery deserve to spend time behind bars for the offense. Prison IS the correct punishment in certain cases, and I will never, ever try to argue otherwise. Long-term incarceration, however, should not be our primary solution to addressing criminal activity. Incarceration is expensive, can be inefficient, and often does nothing to curb the types of behaviors (such as selling drugs or breaking into houses) that land people in prison in the first place. Instead of doing something that sounds good, the legislators who helped create the JRA did something that actually works for North Carolina. And right before Thanksgiving, that is something I can be thankful for.