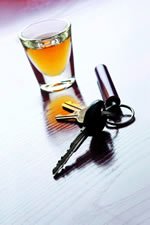 Drunk on Fame: Justin Bieber Arrested for Driving While Impaired

As most of us here in Raleigh, NC are trying to ward away the chill of below freezing temperatures, pop singer Justin Bieber found himself in hot water in Miami, FL, where he was arrested on January 23rd for driving under the influence, among other things. Since most of the rest of the country can talk about seemingly little else (if the news outlets are to be believed), it felt like a good time to offer my take on this news event. So here it is, the Kurtz and Blum Breakdown of Justin Bieber’s DWI/DUI.

The Stop and Arrest:

There are 3 main things criminal defense attorneys are trained to look at when analyzing a DWI/DUI: whether there was reasonable suspicion for an officer to stop a driver, whether the officer had probable cause to arrest a driver for DWI/DUI, and whether the state can prove impairment beyond a reasonable doubt. Although laws vary from state-to-state, these 3 standards are pretty consistent from Raleigh, NC to Riverside, CA and everywhere in between.

Cops in Miami began their initial contact with Bieber after he was allegedly drag racing with a friend on a public street. While a law enforcement officer does not necessarily need to observe criminal behavior in order to pull over a driver, unlawful activity is always enough to justify a stop. Thus, Bieber’s reenactment of The Fast and the Furious was more than enough reason for police to get involved.

After Bieber was pulled over, he was uncooperative with police. Additionally, he was described in the police report as having a flushed face, bloodshot eyes, and an odor of alcohol on his breath. Bieber admitted to cops that he had consumed alcohol that evening, as well as some prescription medications and marijuana. The pop star also allegedly performed poorly on an unspecified field sobriety test, which prompted his arrest for DWI/DUI. A law enforcement officer does not need to show that it is more likely than not that an individual is impaired in order to justify an arrest for DWI/DUI – they merely must show that it is reasonable to assume that the suspect was impaired while driving. Bieber’s street racing, appearance, and field sobriety test performance all point to impairment. The fact that young Mr. Bieber also helpfully noted that he had consumed impairing substances earlier in the evening likely aided the officer in making the decision to arrest. [NOTE TO READERS: If a cop is investigating you for driving while impaired, it is generally in your best interests to shut the hell up about what you may or may not have put in your body in the past few hours.]

When Bieber was booked at the station, reports indicate that he submitted to breath testing and that the sample he gave showed a blood-alcohol content of 0.04. If Mr. Bieber were 21 years of age or older, cops would likely have to take further steps to gather evidence in order to prove impairment. As in North Carolina, Florida has a 0.08 blood-alcohol content limit for drivers. However, the singer in question is only 19 years old, and Florida law limits the BAC of underage drivers at 0.02. I’m not licensed to practice in Florida, but this seems to suggest that prosecutors would have enough to demonstrate that Bieber was impaired when he was behind the wheel of his ridiculously expensive vehicle.

Much has been made of the fact that Bieber’s bail on his charges was set at only $2500. This amount is apparently little more than pocket money to Bieber, and certainly was easily paid by the pop star. People accuse the presiding judge of letting Bieber off easy, but this represents a fundamental misunderstanding about the purpose of bail. Judges and magistrates do not set bail scaled to the personal income of a defendant. Bail is determined by looking at three factors: the severity of the crime charged, the probability that the defendant is a flight risk, and the likelihood that the defendant will be a danger to society if released. A judicial official may consider a defendant’s income when setting bail – a multi-millionaire with the ability to leave the country could be considered more of a flight risk than a homeless person, for instance – but it is not the sole or even a large factor in most cases.

As far as I’m able to tell, DWI/DUI is a misdemeanor in Florida, as is resisting arrest. While neither of these offenses are as harmless as a charge like possession of marijuana, they are also not as serious as violent crimes like assault. Further, while Bieber is not a resident of Florida and he certainly has the means to avoid prosecution should he so choose, the singer’s fame actually makes it more likely that he will want to resolve these charges. Finally, although impaired drivers can and do cause accidents, Bieber does not seem like a danger to society.

As most of you have probably gathered, I am not Justin Bieber’s attorney, nor do I precisely fit into the demographic of a typical Justin Bieber fan. Everything I know about this case is from the media, which has a business interest in making this case seem as interesting as possible to consumers. The facts may well be distorted by the sensation that talking heads are making of the case. There are likely nuances to this story that I’m unaware of, and it is still early in the judicial process to be entirely sure how this case will be resolved. While it is fun for me to look at this news item as a practicing criminal defense attorney, I am aware that this is not the whole story. As with all criminal cases that end up making headlines, I advise people to take what the media says with a grain of salt.