Home Blog Adding Insult to Injury: How the North Carolina Rules of Evidence Can Hurt a Plaintiff’s Personal Injury Claim

Adding Insult to Injury: How the North Carolina Rules of Evidence Can Hurt a Plaintiff's Personal Injury Claim 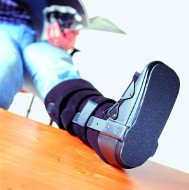 What Juries Don’t Know Can Hurt You: A Look at N.C. Rule of Evidence 414

Finding justice in personal injury cases is more complicated for the victims of negligence in North Carolina than it is in other states. The ability of injured victims to introduce evidence of their medical bills is limited by the North Carolina Rules of Evidence, Rule 414, which went into effect in October 1, 2011. This law has real consequences for innocent victims who were in the wrong place at the wrong time and are seeking justice and compensation for the negligent acts of others.

Prior to the passage of Rule 414, victims could introduce evidence of the total cost of their medical bills in a personal injury claim. Due to a change in the law, now victims can only introduce evidence of the amount actually paid to satisfy the cost of their medical expenses. This is problematic because insurance companies often settle medical bills for pennies on the dollar and victims are given no consideration for the premiums paid for health insurance every month.

For example, a person treated at a hospital emergency room for injuries resulting from a car accident might have a medical bill of $1,000.00.  If the injured party has health insurance or is on Medicare or Medicaid, there could be a prearranged discount plan with the hospital and the bill could be settled for only $500.00. At trial, under the current law, the injured victim can only introduce evidence of the $500.00 paid to satisfy the bill, which makes his injury seem half as serious as it actually was.

The $500.00 difference in the example above may not seem like much but imagine the same scenario with a medical bill of $500,000.00, which the health insurance company settles with the hospital for half that. The injury now appears to be considerably less serious and the value of the victim’s claim has been reduced by at least fifty percent.

This illustrates a practical problem caused by Rule 414. Juries tend to look at the amount of the medical bills to help determine when and how much to award for compensatory and punitive damages for an injury. Since juries are not allowed to see the true cost of the injuries, the discounted medical bills can harm injured victims by reducing what the jury would consider to be fair compensation.

Meanwhile, no one is awarding additional compensation to the victims to account for the fact that they paid sometimes very high monthly health insurance premiums for years in order to provide those discounts.

Unfortunately, having a jury rely too much on discounted medical bills is not the only practical problem caused by Rule 414. Injured victims are also harmed because the new law provides an incentive for negligent defendants to avoid offering fair settlements and forcing victims to file in court. Most personal injury claims are settled outside of the courtroom to avoid costly and time-consuming litigation. Going to trial is now a more attractive option for negligent defendants because when a jury bases an award on discounted medical bills, it lowers their financial liability. This is likely to cause delays in getting into court for personal injury claims and may overtax limited court resources. In time, taxes may be increased to compensate for the high demand on court resources. The only ones who benefit from the new Rule 414 are the car insurance companies.

The majority of private attorneys who fight for the rights of injured victims are reimbursed for their time, work and expenses out of the victim’s recovery. If the likelihood of increased expenses and demanding trial work is increased, while the expected recovery is decreased, attorneys will be less likely to accept some cases if they fear they will not be able to recover for all of their time and expenses and still have a reasonable compensation for the injured victim. Rule 414 increases the likelihood that injured plaintiffs with otherwise good claims will have difficulty finding qualified, experienced attorneys to represent them for their injuries.

In addition to the practical problems above, Rule 414 can impose emotional and financial strains on injured victims.  Bills and creditors don’t stop when someone becomes injured. Victims whose lives have been derailed by the negligent acts of others need quick resolution for their claims. In this economy, many people do not have three or four months of savings to help them survive if they are out of work due to injury or have to miss days or weeks of work for court proceedings. Defense attorneys can use this as an effective tactic for obtaining a less than fair settlement in favor of their negligent clients at the expense of the injured victims who are facing foreclosures, evictions, and credit rating damages.

Sadly, this law rewards negligent persons and defense attorneys at the expense of responsible victims who purchase health insurance or are on a Medicare or Medicaid plan. At Kurtz & Blum, PLLC, we feel this is an unfair circumstance. We believe that negligent persons should be held fully responsible for the damage and injuries they cause.