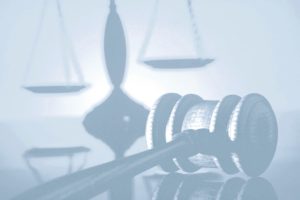 On April 1st, 2014, the North Carolina Court of Appeals ruled that Wake County resident Jason Young should be granted a new trial. Justices found that the trial judge inappropriately allowed the jury evidence of a civil wrongful death suit against Young, which prejudiced the defendant’s case.

Jason Young is currently serving a life sentence without the possibility of parole. He was convicted on March 5th, 2012 of killing his wife, Michelle Young. The conviction was the result of Young’s second trial – the first ended with Judge Donald Stephens declaring a mistrial after the jury was unable to reach a verdict. The Young case was especially explosive because the victim, Michelle Young, was five months pregnant when she was beaten to death in the couple’s home, and the Young’s 2 year old daughter was present in the home when Michelle’s body was found.

My partner Seth and I are no strangers to dealing with serious felonies, or the pitfalls inherent to murder trials. All homicides are inherently tragic, but cases involving gruesome and heart-rending details such as the Young case require an even greater attention to due process than others.

The Court of Appeals granted Young a new trial because the trial judge improperly admitted evidence of a civil suit against Jason Young. Michelle Young’s mother Linda Fisher filed a wrongful death action against Jason Young in late 2008, prior to the defendant’s first trial. Young never responded to the complaint, and in December 2008, default judgment was entered in favor of Fisher. The same judge who presided over Young’s second trial entered the default judgment in the wrongful death suit against Young. By failing to respond to the wrongful death suit, the court took this as Young admitting fault in the death of his wife Michelle. However, the results of civil cases are not generally admissible or relevant in criminal cases, except under very limited circumstances. None of the circumstances were present in Jason Young’s second trial, hence why the admission of such evidence was inappropriate.

As with the Court of Appeals decision in Brad Cooper’s case, the State has the option to appeal the ruling to the N.C. Supreme Court. Even if the State opts to let the Court of Appeals decision stand, a re-trial is not likely to happen any time soon. With the retirement of District Attorney Colon Willoughby from the Wake County Office at the end of March, the prosecution will likely wait until after a new District Attorney is elected and sworn in before pursuing trials in the Cooper and Young cases.

The wheels of justice don’t always turn as swiftly as I might like them to. It will be sometime in 2015, at best, before Jason Young can expect to receive a new trial. However, my feelings regarding the Young case closely mirror my feelings on the Cooper case – that these Court of Appeals decisions are sterling examples of the justice system working as it should. Justice doesn’t guarantee a particular outcome. Justice guarantees that every individual be treated with fairness and equanimity under the law, and that there be mechanisms in place to ensure this.