Hitting Them With Their Best Shots: N.C. Lawmakers Consider Taking a Swing at Mugshot Websites 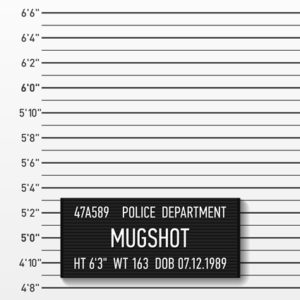 Is the N.C. General Assembly’s Attempt to Regulate Mug Shot Websites Just a Shot in the Dark?

Contrary to what some people may believe, just because someone is charged with a criminal offense, it does not necessarily follow that they will be arrested for violating the law. In the case of minor misdemeanors, it is not uncommon for law enforcement officers to engage in a practice known as “cite and release.” With cite and release, individuals are ticketed and sent on their way without ever being arrested. However, if an individual is arrested, a mug shot is almost always taken by authorities. Citizens can be arrested for anything from pending felony warrants to accidentally missing a court date. For years now, mug shots have been taken digitally, which allows law enforcement to quickly upload the pictures onto databases. In less than 24 hours, many of these photographs find their way onto the internet, where they may continue to show up long after a court case has been resolved.

Mug shot websites are a relatively recent phenomenon, largely unheard of prior to 2010. In the past, mug shots were usually only largely disseminated by traditional print and broadcast media in relation to a news story. The vast majority of mug shots were outside of the public consciousness – even if they were available to the public, there wasn’t much of an interest in seeking them out. There is no clear answer as to why the status quo change, but the last four years have seen an explosion in websites posting arrest photos from sheriff’s offices and police departments around the country. Sites that publish mug shots are not doing so out of the goodness of their hearts. The motives behind mugshot websites are profit, rather than public service. Sites such as BustedMugShots.com and MugShotsOnline.com generate ad revenue for every click they get. Some of these sites make money in an additional way – by charging individuals money to have the mug shots taken down.

Rep. Tim Moffitt of Buncombe County has proposed legislation which would prevent sites from releasing mug shots in misdemeanor cases unless and until an individual is found guilty of the crime. Law enforcement could authorize the release of mug shots to news agencies in cases where public safety might be a concern. Another representative from Buncombe County, Nathan Ramsay, would not eliminate the ability of websites to publish mug shots, but would rather make it an unfair trade practice for such sites to charge a fee to remove the photos. This way, the sites could still generate revenue from ads, but low income individuals wouldn’t be barred from having their pictures removed due to a lack of funds.

There are some constitutional issues involved with these ideas. Since mugshots are taken as part of the arrest and booking process undergone by law enforcement, the pictures themselves are considered public information. Although mug shot websites may not be very sympathetic entities, they are nonetheless making use of public, not private, data. Restricting websites from publishing information available to the public can be seen as a restriction of both the 1stAmendment rights to free speech and the rights of a free press.

Constitutional issues aside, the boundaries of legislation may quickly be outpaced by the ever-evolving nature of digital media. Understanding technology is necessary to effectively regulate it, but the solutions proposed by the legislative process are often made obsolete by rapid changes within software or hardware. Some so-called “solutions” can actually make things worse. For instance, the suggestion that mug shot websites not be allowed to charge money to remove arrest photos seems, on the surface, like a good idea. However, when similar measures were passed in other states, mug shot websites simply began removing the options to take down the pictures altogether.

That isn’t to say that there is no hope for individuals who find out that the evidence of a single misdeed has made its way onto the internet; technology itself might actually be an answer to their prayers. For example, most mugshot websites rely on keywords or names typed into search engines to generate traffic. Google, America’s most popular search engine, changed its search algorithm in 2013 to significantly reduce the prominence of mug shot websites in search results. The change in the algorithms doesn’t stop the mug shot websites from showing up entirely, but they aren’t necessarily going to be the first things a potential employer will see when plugging a job candidate’s name into Google.

For individuals who have been wrongly accused or who have had their cases dismissed, the presence of their mug shots on these websites can cause problems that last well beyond their involvement with the court system – even going through the expunction process may not be enough to remove the photographic evidence of a prior criminal charge. In this Digital Age, where a quick Google search can reveal mountains of personal information, websites that publish mug shots can make life difficult for otherwise good people who have just made a mistake or two. And while I think that legislators here in North Carolina have their hearts in the right place, I don’t know that another law on the books is going to do much to help citizens affected by these websites. Still, given how quickly these sites grew in popularity, I wonder if they will wane in popularity just as quickly.