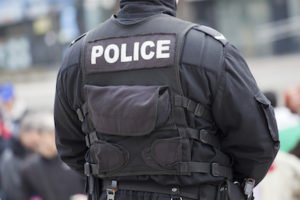 In a 2014 article entitled, Body of Evidence Supports Body Cameras for Police, I discussed the need for widespread use of body cameras and video footage evidence.

According to Chief Cassandra Deck-Brown, the police department in Raleigh is ready to build stronger connections between law enforcement and the public. By making changes that ensure the actions of officers are more transparent and better documented, several changes are taking place. One of those changes has to do with equipping every officer on the force with a body camera.

While the announcement was made in a community meeting during September 2016, Chief Deck-Brown notes that the department was already in the process of evaluating different kinds of body cameras. As part of the process, funds had been secured to cover the cost of purchasing enough cameras to go around. Thanks to the approval by the city council, the police department will be able to purchase 600 cameras over a period of three years.

The first cameras are currently being tested for accuracy and efficiency. Based on the outcome, more cameras will be purchased and distributed to additional officers on the streets.

Part of the reason for the decision to invest in body cameras has to do with two shootings that took place earlier in the year. In each instance, the outcome was fatal. There were no witnesses who could provide information about the shootings other then the officers involved. The stance of the police department is that if body cameras had been in place, there would be no question about what transpired prior to, during, or after those shootings.

The Wisdom of Equipping Officers with Body Cameras

Any Raleigh criminal lawyer will agree that equipping police officers with body cameras is in the best interests of everyone involved. Having a camera running while an officer is approaching a suspect and capturing voice and video makes it easier to confirm that the officer did follow current procedures and laws. This serves to ensure that police officers who are conducting themselves within departmental regulations will be less subject to claims of wrongdoing and saves the city and the department a great deal of time and resources during internal investigations.

Those same cameras protect the rights of the public. Should the camera pick up any activity on the part of the officer that is not in compliance with departmental regulations and infringes on the right of a citizen, the incident is also part of the permanent record and available to the legal counsel representing that citizen.

Every criminal attorney in Raleigh has the right to subpoena any video associated with an event involving the client. Obtaining the video can provide confirmation that the client is providing accurate details to the legal counsel. It may also serve to remind the client of some detail that was overlooked due to the stress of what transpired. In any event, the ability to review the video makes it possible to prepare a defense that is based wholly on fact and minimizes the amount of investigation that must take place before the court date.

The bottom line is that the use of body cameras will go a long way toward creating a climate of trust and mutual support between the police department and the residents of Raleigh. More transparency here and around the nation will make it easier to identify instances when racial profiling takes place and when officers are performing their duties in a manner that brings honor to their departments.

The criminal attorneys with Kurtz & Blum, PLLC have vast experience dealing with high tech evidence, especially video footage. Please give us a call at 919-832-7700 should you find yourself accused of a crime or arrested.