An Overview of Adoption for Same-Sex Parents in North Carolina 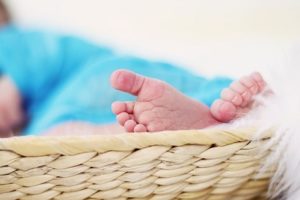 Can a same-sex couple adopt children in North Carolina?

In a society where every time you express an opinion on Facebook, you seem to wind up in an argument, it can be hard to agree on anything. However, any reasonable person would agree that every child deserves a loving and safe home. A loving and safe home can come in many forms – it could be a grandmother raising her grandson; a mother raising a step-child with her husband; or a working single parent raising a child alone. In North Carolina, prior to October 2014, some adults were denied to ability to provide children with a loving and safe home, based solely on their sexual orientation. These adults were same sex couples who wished to get married and have or adopt children but could not do so under the law. Prior to a decision by the federal 4th Circuit, North Carolina law strictly prohibited same sex marriages. This prohibition bled over into other family law matters like adoption, because North Carolina adoption laws only allow adoption to occur by a single person or by a married couple regardless of gender. Therefore, less than a year ago, it was impossible for a same sex couple to adopt together since they could not be married.

On October 10, 2014, North Carolina legalized same sex marriage, which in turn expanded the opportunities for children to join qualified loving families. Adoption agencies can now judge potential parents on their qualifications and not on their gender.

Despite this advancement for the LGBT community, navigating adoption laws as a same sex married couple in North Carolina can be terribly confusing. North Carolina adoption law can be found in N. C. Gen. Stat. § 48, which was originally written in the context of a heterosexual marriage, which reflects parents as “mother” and “father.” Accordingly, the North Carolina Vital Records, a division of the Department of Health and Human Services (DHHS), would issue birth certificates that only had space for a mother and a father. This became problematic after the state made same sex marriage legal. For example, in the case of a lesbian couple who is having a child, only the biological mother’s name could be put on the birth certificate, even after the October 10, 2014 decision. With the help of the American Civil Liberties Union, DHHS was prompted to create new guidelines for hospitals and health care providers that addressed the registration of children whose mothers are married to a female spouse. On May 15, 2015, DHHS announced that Vital Records will now issue a parent/parent birth certificate rather than a mother/father certificate.

North Carolina is now one of many states that recognizes same sex marriage. The marriage requirement in North Carolina adoption laws has long been a barrier for same sex couples to legally adopt. Now that the state recognizes same sex marriages, the barrier has been removed and the opportunity to adopt is available to married same sex couples. However, North Carolina has a long way to go before it can consider itself among the more progressive states when it comes to adoption law. Currently, N.C. is also one of the few states that fails to allow second parent adoption for a non-married couples, both heterosexual and same-sex couples. Accordingly, this is an area of adoption law that has garnered advocacy by people both in and out of the LGBT community. Had North Carolina not begun to recognize same sex marriage later last year, this prohibition against second parent adoption would have continued to prohibit same sex couples from formally adopting children together. This was a huge problem, because it meant that if a same sex couple separated, the non-legal parent had no justification to seek custody, and in the case of long-standing couples, it placed the burden for many aspects of parenting such as doctor’s visits, insurance, and educational documentation (to name of few) squarely on the “legal” parent.

It goes to show that North Carolina could do some improving when it comes to dealing with issues of adoption and child custody. Carolina Carolina family law attorneys will also have to prepare themselves to deal with same sex couples seeking our help as well. Just as various State agencies have adapted their language and procedures to take into account the new reality of marriage for all, we too must be prepared to make changes. Questions of equitable distribution and divorce are important, regardless of who is asking.