Social Media and Criminal Investigations in the Digital Age 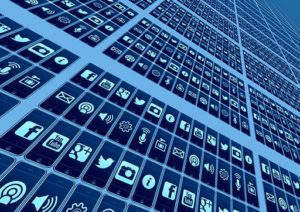 I love social media. I love being able to stay connected with far flung friends and relatives. I love watching creative minds use their talents to create interesting works of art. And I enjoy the power social media has to give us insights into people’s lives in a way that was impossible with traditional media. Social media, for those who are unfamiliar with the term, can best be defined as websites or applications that allow users to create and share content, or allows them to participate in social networking. Popular examples include Facebook, Twitter, YouTube, Instagram, Vine, and Tumblr. Overall, social media can be a tool for good, but some people use social media in ways that can have potential legal ramifications.

Most people who regularly use social media are familiar with “The Over-Sharer,” that individual who often expresses things that are better left unsaid. Whether they’re dissecting their infant’s latest potty training endeavors, posting pictures of the results of their colonoscopy, or just generally airing their dirty laundry for all the world to see, the Over-Sharer is unfamiliar with the idea of discretion. For the vast majority of Over-Sharers, their carefully chronicled escapades may at worst result in a face palm from a distant internet friend – the only thing that suffers is the Over-Sharer’s reputation. However, when the tendency to over-share coincides with criminal activity, the results can be disastrous when the police begin to investigate.

Consider the “Bling Ring,” a group of young thieves from the Hollywood Hills who were immortalized by director Sophia Coppola in a film of the same name. The thieves were accused of breaking into the houses of celebrities in the greater Los Angeles area and burglarizing the contents they found therein. Some of the items were sold but others were kept by members of the Ring. The band of outlaws were generally able to evade the security systems of their targets as well as foiling attempts by police to catch them, but were ultimately brought down in large part due to bragging posts on social media sites like Facebook. Cops were able to see photographic evidence of items stolen from the homes of celebrity victims, and the Bling Ring quickly came crashing down once police were tipped off. Members of the Ring were found to be in possession of stolen goods shown in their online pictures. Although as an attorney I’m not allowed to give advice that might aid in the commission of a crime, I do feel comfortable pointing out that it just seems like plain common sense not to broadcast your criminal activity on a public forum.

Closer to home, the Chief of Police for the Wake Forest Police Department recently had to ask local parents to report suspicious activity to the department rather than relying on social media to spread the word. In the last month, there have been a spate of suspicious encounters involving two men in an SUV who have been approaching children in the Wake Forest area. The men have apparently been offering the children rides or free kittens, and while there have been no allegations that any child has been harmed or kidnapped from any of these encounters, they obviously represent a disturbing pattern. The problem has been that a number of Wake Forest parents have been spreading the news of their children’s encounters with these men on social media instead of calling the police. Posting on Facebook about a questionable encounter your child had with a couple of strangers is not necessarily a bad thing (and can even be a good way to let other people in your area know to be on the lookout), but alerting authorities about suspicious activity should definitely come before alerting the members of your Friends List.

Wake Forest Police Chief Jeff Leonard issued a statement on the matter, saying, “[W]e rely heavily on community assistance to catch criminals and deter crime. We take every call seriously and sometimes one call can make all the difference.” At this time, it is not clear how many times the suspects in this case have approached children in the Wake Forest area, because the number of reports that the local police department has received does not match the number of incidents that have appeared on Facebook or even on local television newscasts. At this time, police aren’t even entirely sure if the two men are still active in Wake Forest or any nearby jurisdiction. The fact that it did not seem to occur to some parents to contact the police about these incidents is troubling, because it may have allowed the men to leave the area without being caught.

Whatever your feelings may be about social media, it’s hard to deny that it has become a significant aspect of our cultural landscape. Such a trend is inevitably going to have implications on how our criminal justice system operates – it is already affecting how law enforcement officers investigate crimes, how district attorneys prosecute offenders, and how defense attorneys defend their clients. There is a lot of positive potential in the use of social media, but I would advise my readers to be cautious in how they make use of it. What happens on the Internet doesn’t necessarily stay on the Internet anymore.