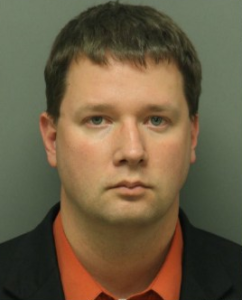 Music Teacher Gets 5 Years in Prison for Photographing Students

Late last month, Durham resident Scott Anthony Mann was sentenced to at least five years in the North Carolina Department of Corrections after he pled guilty to three counts of taking indecent liberties with a minor. In the eyes of many, Mr. Mann’s conduct was especially egregious because it occurred while he was an instructor at St. David’s School, a private Episcopal academy located in Raleigh, N.C. Mann taught music at the school.

One of the students at St. David’s caught Mann snapping a picture of him over the wall of a bathroom stall. This triggered an internal investigation within the school which ultimately led to charges being filed against the one-time music teacher. In addition to taking pictures of male students at St. David’s School, Mann also admitted that when he served as associate director of the North Carolina Boys Choir, he used his position to take pictures of participants. All told, seven boys from the choir and ten boys from St. David’s were identified among Mann’s collection of images. Mann’s compulsion also extended to him leaving cameras in public restrooms in locations like the Southpoint Mall in Durham in the hopes of capturing photos of young boys.

Mann’s plea agreement will keep him out of federal court, as the investigation against him also turned up at least 100 images of child pornography on his computer in addition to the illicit photos of local boys Mann had taken himself. Since there is often a high probability of overlap between state and federal court systems in instances of child pornography, defendants will almost always benefit from retaining an attorney or firm with experience in both state and federal criminal defense.

Child pornography charges or sex crimes involving children are always a fraught issue in the criminal justice system because of the inherent prejudice many people have against these types of cases. Yet that shouldn’t mean that people charged with such crimes aren’t deserving of the full protections of due process – whether they are guilty of the offense or not. It’s the job of a good criminal defense attorney to get the system to see past the nature of the crime and to maintain fairness to the client. Making sure that justice is done shouldn’t mean simply throwing an unlikable defendant under the bus. After all, the value of the criminal justice system can best be seen in how it treats offenses considered to be most abhorrent.