Home Blog Thoughts on The Case of Darryl Howard 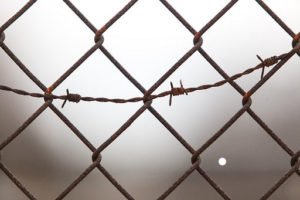 You may remember the case of Darryl Anthony Howard, a 53-year-old man from Durham County who was sentenced in 1995 of two counts of second-degree murder we highlighted in a blog post last year.

Howard was found guilty for the homicides of Doris and Nishonda Washington, a mother and daughter from Durham, in 1991, based on witness testimonies. Last year, however, new evidence was uncovered through more advanced DNA testing.

It turns out that the sperm found in the rape kit matched a different suspect, Jermeck Jones, who had an extensive criminal history including violence and sexual assaults on women and was noted be a part of a criminal drug gang at the time. According to a police memo that was never revealed to the defense, a confidential tipster noted that one of the victims was believed to owe a significant drug debt furthering the defense’s claim that Howard was innocent.

Unfortunately, Howard remains behind bars even though the Durham Superior Court judge who vacated the murder convictions also issued an order setting bail for Howard so he could await trial outside prison.

In April, defense attorneys from the Innocence Project representing Mr. Howard and the district attorney’s office squared off in court again. The case remains stalled in the NC Supreme Court for now.

We want Howard to receive a new trial and in the meantime be given the chance to post bond. Any competent criminal lawyer knows that in cases like Howard’s, the person sentenced deserves post-conviction relief as soon as possible.

In the State of North Carolina, a Motion for Appropriate Relief (MAR) is what the defense team submits to the court in light of new evidence or other argument. MARs can also modify a sentence if the convicted person is still serving it, release him/her from prison and benefit the defendant in other ways that are lawful and just.

In this case there is compelling evidence that potentially proves his claim for innocence, which was not presented at trial. Anyone in Howard’s shoes ought to be represented by competent attorneys so that the relevant laws are interpreted properly and justice is served on behalf of the citizens of North Carolina.

Though the wheels of justice seem to be turning very slowly in this case.

A respectable Raleigh criminal defense attorney with Kurtz & Blum, PLLC won’t sugarcoat the matter. However we will advise you regarding the possible favorable results of your MAR and you will also be informed as to how long you may have to wait and what challenges may lie ahead. However, as your trusted advisor we will update you every step of the way and will work diligently to get the results as soon as possible.