Home Blog Something is Rotten in the County of Durham: The Case of Darryl Howard

Something is Rotten in the County of Durham: The Case of Darryl Howard 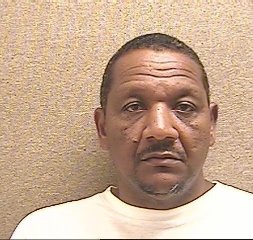 Another Innocent Man Suffering Because of the Misdeeds of Prosecutors

Another person wrongly convicted of a crime looks to be getting their chance to set the record straight. Darryl Howard, originally of Durham, had two 2nd degree homicide verdicts against him vacated in May of this year by Superior Court Judge Orlando Hudson, and has recently been released on bond pending retrial of the case. Howard was convicted in 1995 of the strangling deaths of 29-year-old Doris Washington and her daughter, 13 year-old Nishonda. Judge Hudson is quoted as saying that the prosecution of Howard was among the “most horrendous” he had ever seen in more than three decades on the bench. Darryl Howard has maintained his innocence from the very start. Even back in 1993, DNA evidence indicated that other culprits may be involved, but a case was only pursued against Howard.

More sophisticated DNA testing uncovered that Howard was completely excluded as a match to DNA found as part of rape kits collected from the deceased. DNA tests conducted as part of the quest to overturn Howard’s convictions signal another likely candidate for the crimes: a felon with a long rap sheet that includes gang violence and assaulting women. The felon in question also had a history of association with the New York Boys, a gang known for drug trafficking in Durham at the time of the murders.

Howard was prosecuted for the Washington murders by former Durham District Attorney Mike Nifong. Nifong is best known for his role in the controversial Duke lacrosse rape case, where members of the team were accused of raping a stripper during a 2006 party. Investigators determined that Nifong failed to turn over evidence that was highly suggestive of the team members’ innocence, and the former prosecutor was subsequently disbarred for his unethical conduct. As we can tell from the Howard case, Mike Nifong felt comfortable obscuring the truth the fit his own ends long before charges were brought against the Duke lacrosse players. I wonder how many other people are rotting behind bars because of the lack of ethics in the Durham County District Attorney’s Office. The sad thing is, we may never be entirely certain. Attorneys from the Innocence Project, an organization which seeks to overturn wrongful convictions throughout the United States, are calling for a full audit of Nifong’s former cases, but there has been no word on whether such an inquiry would ever occur.

In Howard’s case, the prosecution failed to turn over to the defense crucial evidence that demonstrated that Darryl Howard was not the killer of the slain mother and daughter. A confidential informant had disclosed to police shortly after the bodies of Washington and her daughter had been discovered that Doris Washington owed thousands of dollars to drug dealers working out of New York City or Philadelphia, and had likely been killed in retaliation. Remember that felon I mentioned earlier? The one who was part of a gang known for drug trafficking, and had a violent history? Which person seems more likely to have committed the Washington family murders, that felon, or Darryl Howard, who had no criminal background previous to these charges? The fact that Mike Nifong decided to proceed with the farce of a case against Howard in light of facts pointing in the direction of a drug-related execution makes my blood boil.

Durham County Prosecutors wanted Howard to remain behind bars pending his retrial, and while the North Carolina Court of Appeals decided on July 15th that Howard would be eligible for release on bail, the N.C. Supreme Court upheld the stay. Honestly, the fact that the prosecutors in Durham had the gall to insist that Howard remain in prison pending a retrial, which could take more than a year to arrange, bothered me more than anything else about this news. It has never been a surprise to me that innocent people have been convicted of crimes that they didn’t commit, and I’m not stranger to the idea that prosecutors might bend facts to suit their own twisted version of the truth. Yet to be fair to the members of the Durham County District Attorney’s Office, the vast majority of the assistant district attorneys were likely not even working as lawyers when Darryl Howard was convicted, let alone working on Howard’s case. No, the really troubling thing is that the current members of staff could be aware of the miscarriage of justice that seems to have taken place in Howard’s case and think that the best idea is for him to spend even more time locked up than he already has. Is that really serving the interests of the citizens of North Carolina?

As mad as I am at the Durham County prosecutors, overall this story has been a bright spot in my week, because I know that a man who suffered injustice is closer to walking free once more. As with every person who has found themselves in prison for a crime they didn’t commit, we here at Kurtz & Blum, PLLC wish Darryl Howard the best of luck as he seeks to restore his good name.