Home Blog A Closer Look at Voluntary Dismissal with Leave

A Closer Look at Voluntary Dismissal with Leave 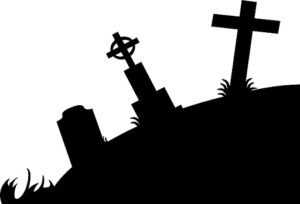 Old Cases Can Come Back to Haunt You

At our office in Raleigh, N.C., we get calls every day from people seeking assistance for criminal charges that they’ve recently picked up. We also commonly get calls from people with older charges that they wish to resolve, because they have entered into a status known as “voluntary dismissal with leave.” Often, individuals who have older unresolved cases don’t recognize the differences in how such cases are handled, so this week, I’m taking the time to shed some light on the issue.

Voluntary dismissal with leave, or “VL” for short, is a special status which means a case is no longer on the active docket at the courthouse, but a prosecutor can reinstate the charges at any time. Cases go into VL status a certain amount of time after a defendant has failed to appear in court for a pending offense (generally between 45 and 90 days, depending on the county). A case in VL status doesn’t simply go away or disappear. A VL case can best be described as being in limbo; it is no longer technically pending, but neither has it been resolved.

Many people are familiar with the idea of a statute of limitations, which is the maximum amount of time that can pass before a criminal case can no longer be pursued. For misdemeanors and criminal infractions, the statute of limitations in North Carolina is three years. Many people think that older cases that have slipped into VL status will just be dismissed after three years have passed, or that the dismissal will occur once a VL case is brought to the attention of the prosecution. This is not true. When a case is in VL status, the statute of limitations does not run. So long as the offense was charged within three years of the date it occurred, a prosecutor can still pursue a case against someone even if it is decades old and hasn’t been on the active docket in years.

Another common misconception about VL cases is that they can necessarily be handled the same as a fresh case. In theory, this can occur, but in practice, VL cases are treated differently than cases on the active docket. When a case enters VL status, whether it be a minor traffic offense or a more serious misdemeanor such as a DWI or a domestic violence charge, a prosecutor has the ability in District Court to “decline to reinstate” the charge. Declining to reinstate the charge will remove any active warrants a defendant may have picked up for failing to appear for the case, but it will leave the case unresolved and in VL status. In almost every instance, a prosecutor will only reinstate a VL case in District Court when the defendant intends to plead to the outstanding charge. This means that even if the State can no longer prove the case against you because the evidence no longer exists or the arresting officer has left the police force, the prosecution can still force a defendant into a guilty plea in order to resolve their outstanding charges. Defendants wishing to fight about their old cases must generally accept a guilty plea at the District Court level, and then appeal the case to Superior Court. This adds additional time, expense, and stress to the process of resolving old charges.

If a traffic offense such as Speeding or a Stop Sign Violation slips into VL status, there is an added headache for the defendant in question – their driver’s license is revoked indefinitely until the case is resolved. Although the State of North Carolina is more lenient towards drivers who have had their license revoked for failing to appear in court as opposed to drivers who have their license revoked for Driving While Impaired or refusing to submit to chemical analysis when suspected of a DWI, a Driving With License Revoked charge can still result in fines and the further revocation of your license if it isn’t handled correctly.

The easiest way to avoid having a case slip into VL status is to show up to court when told to do so, or to hire a competent attorney to represent you if you can’t make it to court yourself. Although it is not impossible to handle a case that is in VL status, it can add complications which may not be obvious at first glance. If your case has slipped into VL status for one reason or another, it is generally in your best interest to seek out the services of a practicing criminal defense attorney to guide you through the process of resolving the case. We may not be able to turn back the clock, but we may be able to help you move on with your life in the wake of dealing with older charges.