Home Blog So When Does DWI = Murder?

So When Does DWI = Murder? Raleigh DWI Lawyer Sheds Light on the Matter 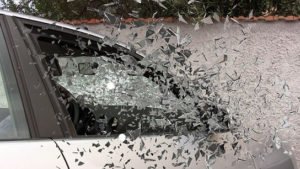 North Carolina’s tough stance against DWI isn’t without good reason. Put a sober driver and an intoxicated driver on the same road and the results can be fatal.

In April such a tragedy occurred in Durham and serves as a reminder of the dangers of DWI. Kelwin Biggs, a 53-year-old man was killed after Daryl Lamar Brooks allegedly rear-ended Biggs’ vehicle and sent him careening toward an oncoming vehicle. The driver and passenger of the oncoming vehicle were seriously hurt, but escaped with their lives while Brooks remains at large.

At this time, Brooks has been charged with second-degree murder, felony death by motor vehicle, felony serious injury by vehicle, and driving with a revoked license. Police records also showed that he had prior convictions: two counts of assault, one count of larceny, and two misdemeanor probation violations.

In order to convict Brooks for second-degree murder, rather than felony death by motor vehicle, the State is required to prove “malice”, a state of mind that can be proved in vehicular homicide cases by showing that the defendant intended to drive in a reckless manner reflecting knowledge that injury or death would likely result.

In US v Fleming (1984) the Fourth Circuit Court of Appeals explained the distinction this way.

In the vast majority of vehicular homicides, the accused has not exhibited such wanton and reckless disregard for human life as to indicate the presence of malice on his part. In the present case, however, the facts show a deviation from established standards of regard for life and the safety of others that is markedly different in degree from that found in most vehicular homicides.

In the average drunk driving homicide, there is no proof that the driver has acted while intoxicated with the purpose of wantonly and intentionally putting the lives of others in danger. Rather, his driving abilities were so impaired that he recklessly put others in danger simply by being on the road and attempting to do the things that any driver would do.

In the present case, however, danger did not arise only by defendant’s determining to drive while drunk. Rather, in addition to being intoxicated while driving, defendant drove in a manner that could be taken to indicate depraved disregard of human life, particularly in light of the fact that because he was drunk his reckless behavior was all the more dangerous.

Despite knowing that he had been drinking and that his license had been suspended, Brooks still chose to get behind the wheel.

Under North Carolina law, vehicular homicide or the unintended death of a person is generally charged with involuntary manslaughter or felony death by driving. Normally, a person can’t be convicted of second-degree murder unless prosecutors can make a legal argument that the actions of the defendant proved malice. However, driving with a revoked license could be used to establish malice based on previous cases, especially if there have been prior DWI convictions.

No doubt this case would require an experienced DWI lawyer to assess the case and determine the best approach.

Prosecutors often attempt to bring the most severe charges in order to provide leverage during a plea bargain. In this case Brooks would hope to get by with just involuntary manslaughter. For sure he would be well served by a reputable DWI lawyer in Raleigh like one here at Kurtz & Blum, PLLC.