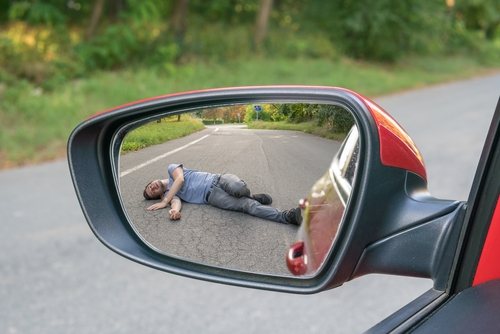 Vehicular manslaughter is a very serious crime in North Carolina. Those convicted of it face harsh penalties that include jail time, high fines, and, of course, a permanent criminal record. Facing these penalties can be extremely stressful and can make you feel hopeless. However, you do have options.

A North Carolina vehicular manslaughter attorney from Kurtz & Blum, PLLC, can help. Your attorney will explain what steps to take next if you’ve been arrested and will help you through the entire process. Ultimately, your attorney may be able to argue that the charges against you should be reduced ─ or even dismissed by the courts altogether.

If you need strategic legal advice after a vehicular manslaughter arrest, contact the experienced team at Kurtz & Blum, PLLC now. We want to hear your side of the story and help you fight for your rights.

What Is Vehicular Manslaughter?

In North Carolina, manslaughter is defined as taking the life of another human being without the intention of killing the person. Manslaughter is not a murder charge because those accused of the crime did not intend to kill anyone.

Vehicular manslaughter, known as death by vehicle in the state, occurs when one person unintentionally kills another person while driving illegally. Illegal driving includes behaviors such as drunk driving, texting and driving, speeding, or any other action that is against the law.

The penalties for vehicular manslaughter vary depending on whether the crime is charged as a misdemeanor or a felony. Other factors, such as any prior offenses the accused has on his or her criminal record, may also increase the severity of the penalties.

When a person faces misdemeanor charges for death by vehicle, it is a Class A1 misdemeanor. This is the least severe charge relating to vehicular manslaughter that a person could face. The penalties include up to 150 days in jail and a fine. The judge presiding over the case has discretion over the amount of the fine.

If a person is charged with felony death by vehicle, this is a Class D felony. This is a much more serious charge than a misdemeanor. Those convicted of a Class D felony face between 38 and 160 months in prison. If the accused has a prior offense of felony death by vehicle, the charge is upgraded to a Class B2 felony. If there is more than one prior offense, the charges and associated penalties will increase.

When a person is accused of vehicular homicide due to driving while intoxicated (DWI), the charge is automatically a felony. If the defendant has a previous DWI conviction within the past seven years, the charge may be increased to aggravated felony death by vehicle, which carries more severe penalties.

In addition to a prison sentence, those convicted of felony DWI death by vehicle may be required to attend a substance abuse program, either while they are in jail or as a condition of their parole.

Additionally, those charged with repeat DWIs in association with death by vehicle charges will have their vehicle seized. This will happen at the time of arrest and not after the case has gone to trial.

What to Do If You’ve Been Arrested

Being arrested is a very scary experience. Many who find themselves in this situation have never been arrested or charged with a crime before. It’s understandable that individuals don’t know what to do, but taking the important steps is crucial to a case. The things said and done immediately after an arrest can either help or hurt a case in the end.

First and foremost, you should never say anything after being arrested. The arresting officer should read you your Miranda rights, and you should know them in case they don’t. While reading you your rights, an officer will tell you that you have the right to remain silent, and you should.

Anything you say at this point in time will only hurt your case, as law enforcement and the prosecution will use your words against you. Simply tell them you want to speak to your attorney, and don’t say anything else. Certainly do not confess to the crime, which law enforcement will attempt to get you to do.

Although you don’t have to answer their questions, you should cooperate with police. If they want to take tests at the station, such as a blood test to determine your blood alcohol concentration, you should allow the testing to be done.

You should never show any violence or aggression toward law enforcement. This will only result in additional charges for resisting arrest, which will make your case even more complicated.

In North Carolina, you have the right to contact your attorney and family and friends to tell them of the arrest. If officers do not offer this call, ask for it. The officers likely will not allow you to use your cellphone to make the call, so you’ll have to use one at the station. Always assume that whatever is said on the phone is being recorded, so give few details about the alleged offense other than where you are and what charges you are facing.

If you haven’t already by this point, you need to call an attorney who can help. The sooner an attorney starts working on your case after the arrest, the better. An attorney will identify whether any traffic stops or searches were performed illegally and determine whether testing was conducted improperly. An attorney will also continue to advise you of your rights, including whether or not you should speak to law enforcement.

How Our Vehicular Manslaughter Lawyer Can Help You

If you’ve been charged with any crime, it’s important to speak to a Raleigh criminal defense attorney. However, vehicular manslaughter is a crime that can leave you facing several years in prison if convicted. At Kurtz & Blum, PLLC, we can help you fight these serious charges.

We can put our experience to work for you, making sure your rights are always upheld and creating a solid defense. Contact us today for your confidential consultation to learn more about how we can help with your case.