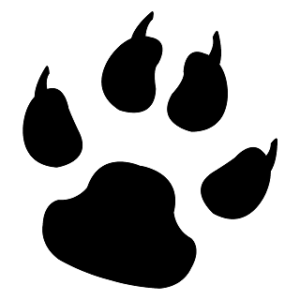 South of Raleigh in Hoke County, North Carolina, a no-kill animal sanctuary was recently closed down for numerous violations of animal safety and welfare. Close to 700 cats, dogs, horses, and other miscellaneous farm animals were confiscated last month from the “The Haven – Friends for Life” shelter in Raeford after complaints from neighbors. The Haven, which first opened in 1996, had failed state inspections for over a decade before action was finally taken to shut it down late last month. There is no word yet on why the sanctuary was allowed to continue to operate for so long if it didn’t satisfy state standards.

Linden and Stephen Spear, the owners of the Haven, were arrested and held on $5000 secured bonds on counts of animal cruelty and felony possession of a controlled substance. Stephen Spear was also held on bond for unrelated probation violations stemming from out-of-county obscenity charges. The drug charges stem from a type of animal medication the Spears kept on-hand at their property without a valid prescription. Scenes from the sanctuary included cats with untreated wounds and dogs in cramped cages with little to no access to clean water. During a search of the property, ASPCA officials exhumed dozens of bodies of animals that had died at The Haven. There are also allegations that the couple did not properly spay or neuter animals, which led to excess litters of puppies and kittens at the sanctuary.

There is at least some good news to come out of all of this sadness. At this time none of the animals rescued from The Haven have been recommended to be euthanized, which is nothing short of a miracle given the number of creatures rescued and the conditions many of them were found in. The North Carolina branch of the ASPCA is keeping the animals in two warehouses about an hour south of Raleigh and plans are being made to rehabilitate each animal. The ASPCA hopes to find forever homes for every animal confiscated from The Haven. We do not yet know when the animals will be made available for adoption but we wish the ASPCA luck in dealing with such a tremendous undertaking.

It just goes to show that not all crimes arise out of impulsivity or ill-intent. While it is readily apparent from the pictures and footage taken at the shelter that the Spears had taken on more animals than they could properly care for, I also have no doubt that they were motivated by a genuine desire to help. More than likely, mental illness may have played a role in the situation at The Haven. The Haven was operated as a no-kill shelter – Linden and Stephen Spears operated the sanctuary as a non-profit and took on animals from across the Sandhills, including pets from soldiers transferring out of nearby Ft. Bragg who could not successfully re-home their furry friends. Regardless, the road to Hell is paved with good intentions and all the good intentions in the world are not enough to take care of that many animals properly with the resources available to The Haven. In the end, this is the best possible outcome for every person and animal involved.