How We Treat Mentally Ill Inmates is Just Plain Insanity 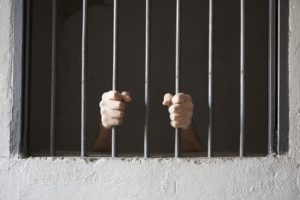 How the Wake County Justice System is Failing Vulnerable Defendants

As state and local governments slashed funding for mental health care, jails and prisons became temporary warehouses for the mentally ill. Mental illness can play a huge role in a person’s criminal record. While not every person who has been or is currently incarcerated suffers from a mental illness, untreated psychological disorders drastically increase the likelihood that a person will end up behind bars. The National Alliance on Mental Illness (NAMI), a national organization dedicated to research, education, and outreach for those affected by mental illness and their families, estimates that 25-40% of citizens affected by a mental illness will at some point pass through the criminal justice system. Further, a study released by the Treatment Advocacy Center earlier this year found that American prisons and jails housed 10 times the number of mentally ill persons as state hospitals. There is something profoundly wrong with this situation.

The fact of the matter is that a person with untreated paranoid schizophrenia simply cannot function at the same level as a person who is being treated for schizophrenia, let alone as well as an individual who has no psychological conditions whatsoever. Although a higher percentage of the jail population is likely to be mentally ill, jails are often not equipped to provide treatment for these conditions, or to even adequately care for the members of their population who are being treated by outside service providers. Wouldn’t we think that it was cruel and unusual to not allow a cancer patient to continue undergoing their chemotherapy while they served out their sentence? Would we deny a diabetic their insulin while they were awaiting trial? Inadequate mental health care can be just as devastating to a person’s well-being as not treating serious psychical ailments, and yet those with invisible conditions such as bipolar disorder or psychosis are more likely to have their legitimate medical needs unmet if they spend time in jail.

Nobody is saying that a person who suffers from a psychological disorder should be exempt from all criminal punishment if that mental disorder did not play a role in the offense. While I may disagree with the severity of punishment for some offenses, I agree with the idea that there should be consequences for illegal behavior. But what I don’t agree with is allowing someone’s health to suffer in the name of justice. What good does it do society to keep a mentally ill individual locked away for weeks before getting them a mental health evaluation? What sense does it make not to provide proper psychiatric medications to people with diagnosed mental disorders? And how does any of this benefit society?

It doesn’t matter if a person has been charged with a crime. It doesn’t matter if the person charged is extremely guilty or completely innocent. We have a responsibility to our fellow citizens, especially the most vulnerable among us. There is no one more vulnerable than a person who has to battle their own mind to function, day in and day out. Mental health evaluations are supposed to be done quickly, but these people are falling through the cracks because it is more important for Wake County to save a couple bucks than to make sure that due process is carried out. And that says nothing of the sad reality of mental health care behind bars. If we have the resources to arrest someone and then lock them up for a crime, the very least we can do is make sure that they get proper medical treatment when we house them. Anything less is simply barbaric.